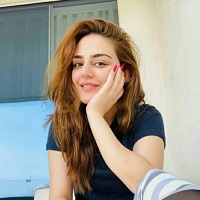 Shazeal Shoukat is a new talent in the showbiz industry who made her showbiz debut in 2018 as a model. Besides being a great actress, she is a model and fashion designer who loves to dance as well. She keeps uploading her dancing video on Tik Tok now and then.

After spending her entire life in Canada she came to Pakistan to join the showbiz industry. In her short acting career, she has experimented with her acting skills by being a part of both positive and negative roles. Shazeal is surely a good addition to the industry.

Shazeal is a good looking Pakistani actress who made her debut in 2018 and since then she is unstoppable. She had a dream of becoming an actress since childhood