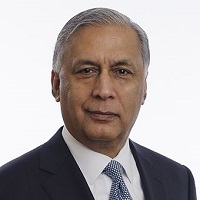 On General Musharraf’s request, he returned from the USA and held the office of Finance Minister. On 6th June 2004 after Zafarullah Khan’s resignation, he became Pakistan’s PM. This article has all the information about him, including Shaukat Aziz Biography. 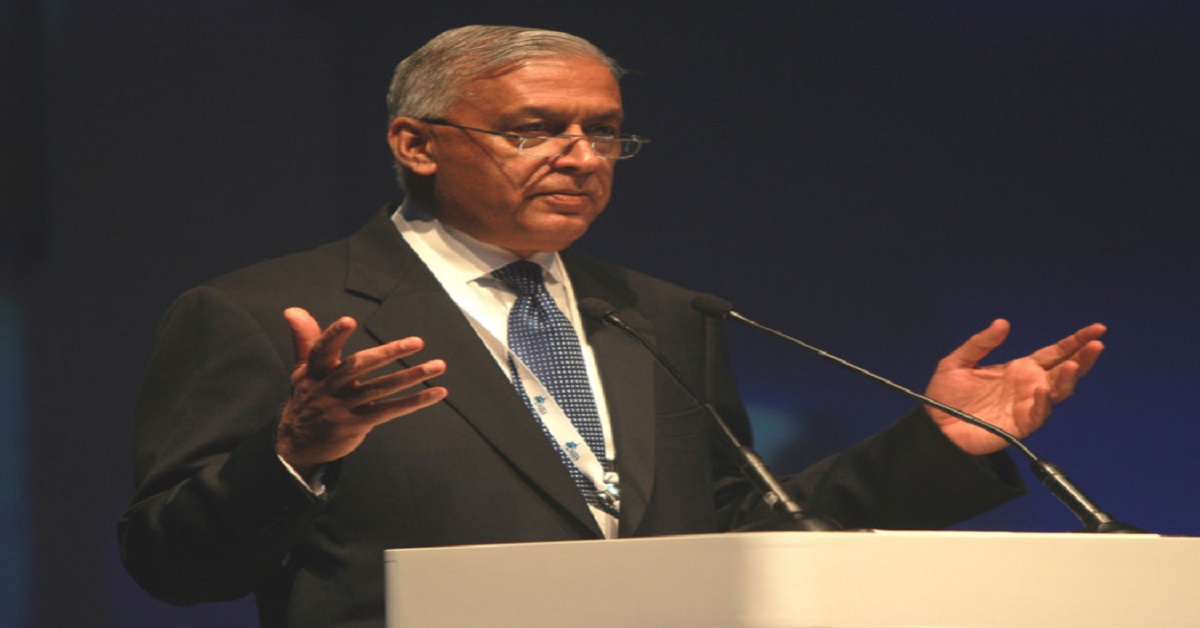 A financier and banker by vast experience and training in the USA, his credentials are extraordinarily high. He is regarded as Pakistan’s most successful and capable finance Minister. His credentials resemble treasury secretaries of USA such as Nicholas F. Brady and, Bob Rubin who performed brilliantly under Reagan and Clinton administrations.

He understands and knows the role of investment, finance, consumer credit, and banking in the nation’s economic growth. Aziz strengthened the availability of capital, that is an important and essential financial input in addition to land and labour improvements. He pushed private and public construction to upgrade facilities and infrastructure to engage higher business investments.

Aziz supervised the privatization program in Pakistan, and almost 80% of Banking Sector of Pakistan handed over to private sectors. Not only he improved the economy of Pakistan but also strived to enhance relationships of the country with the USA, Russia, South Korea, Japan, and China.

Despite his outstanding efforts and policies, economy experts and Pakistani media criticized him and made his energy and economy plans controversial.

He opened his eyes in Karachi, Pakistan on 6th March 1949.

He completed his matriculation from St Patrick’s School and passed his intermediate examination from GCU Lahore. In 1965 he took admission in Rawalpindi Gordan College. In 1967 he earned the degree of Bachelors of Science in Economics.

He went back Karachi to continue his higher studies and took admission in IBA Karachi and earned an MBA degree in 1969. During his stay at IBA, he obtained the U.S. based Citibank’s internship, and after completion of Master’s degree, he got an invitation to join Citibank’s senior staff in the USA. 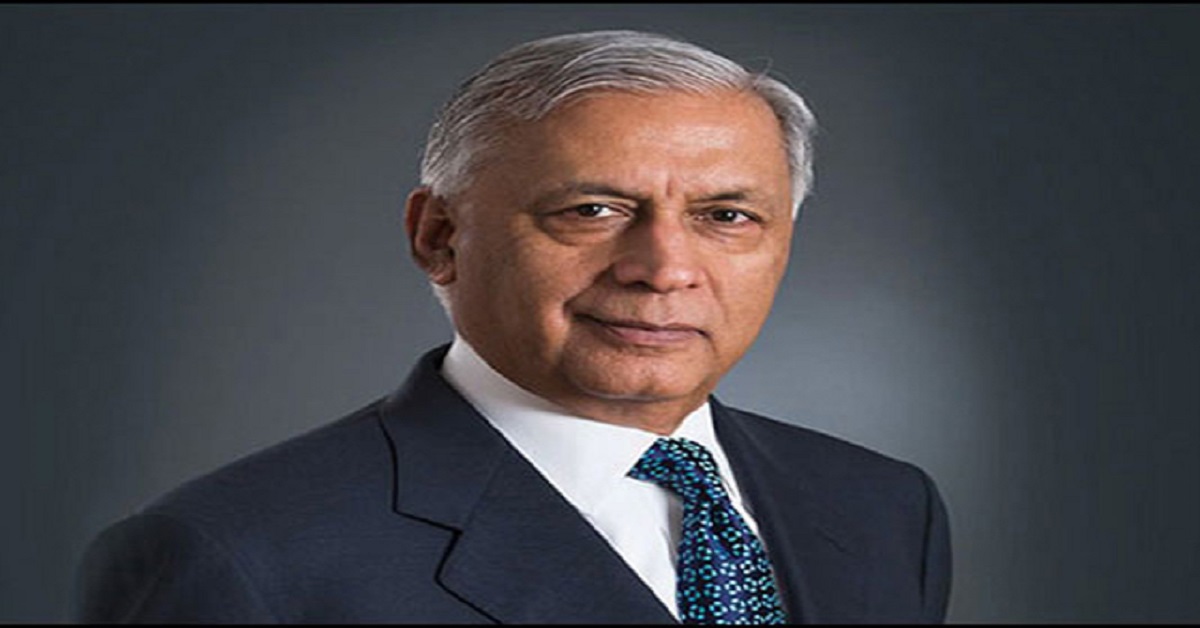 He is the son of Abdul Aziz who served as ‘Chief Engineer’ in PBC (Pakistan Broadcasting Corporation). In 1950 Pakistani Government bestowed him with ‘State Honors’ due to his contributions and services in Radio Pakistan development.

He was among pioneers of Radio Pakistan who nurtured it in its initial days and paved the way for its network’s expansion and technological growth. He has 2 daughters names Lubna Aziz and Maha Aziz.

He started working as a credit officer at Citibank Pakistan’s corporate branch in 1969. He served in several countries such as the USA, Greece, Pakistan, Malaysia, U.K, Jordan, Singapore, Saudi Arabia, and the Philippines. After assuming the corporate assignment’s charge in the USA, he settled in New York and hold the charge of office operations of Citibank at ‘Empire Building.’

He didn’t receive American Green card and continued to enhance his legal position. In the USA he served at various posts in Citibank in different sections including CPO (Corporate Planning Officer), CIB (Corporate & Investment Banking), and Citibank Singapore’s Managing Director. He remained a board member of Citicorp Islamic Bank, Saudi American Bank and other non-profit institutes.

Role in Expansion of Citibank’s Branches

He played a significant part in expanding branches of Citibank throughout the country, and became successful in bringing some multi-national banking firms to Pakistan in 1990. Aziz remained notable for managing and funding funds on behest of Citibank.

He kept visiting Pakistan to expand banking and financial services of Citibank. In 1990 he worked with Nawaz Shareef and Benazir’s governments to assist negotiate aid and relief packages to Pakistan. He made ties with USA administration.

He stayed in New York in 1999 as Citi Private Bank’s President before coming to Pakistan. In 1999 he held the Ministry of Finance and handled Pakistani economy with full responsibility for Revenue Divisions, Planning & Development, Statistics Division, Economic Matters, and Finance.

As Finance Minister he led several economic committees of the cabinet including cabinet committee on ‘Privatization,’ and ‘Investment.’

During his initial days, he tried to control the country’s economy in a hostile and challenging environment with Muhammad Rafeeq Tarar, president at that time. Some other political figures, including Ameen Faheem, and Fazal-ur-Rehman, became enemy towards him and his strategies. 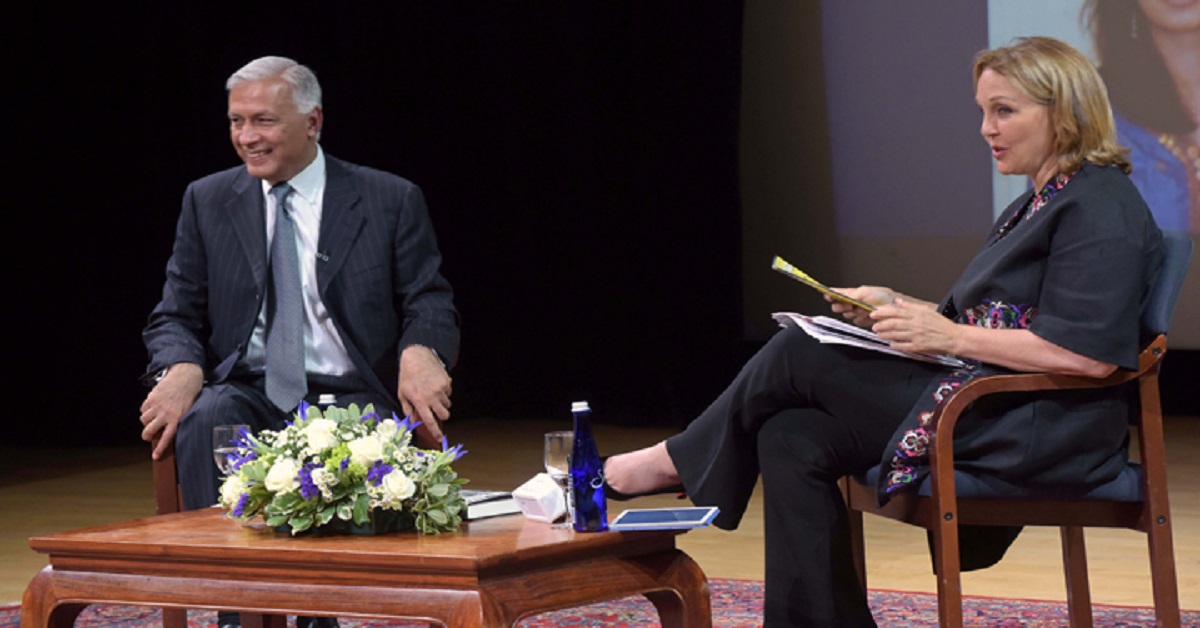 In the start, the economy was declining, and he attributed it as ‘Unpleasant relations of the state with Intl Financial Institutes.’ The economy suffered a loss of One-hundred and fifty million dollars to six-hundred million dollars that constituted ‘0.21%’ of Foreign Direct Investment global flow.

He took steps for FDI and offered benefits to International Investors through his macroeconomic strategies, framework and policies.

After 11th Sep attacks in the USA and the role of Pakistan in War against Terror, he moved to the USA to take U.S. aid and relief for Pakistan. He worked with USA Treasury Secretary on the plan of removing Taliban from the Afghanistan, debt reliefs, support from U.S. aid, and loans from World Bank for national development.

He proposed new schemes and policies of economic amendments, including better transparency in budget, a strategy that the USA widely accepted.  With the support of the U.S. Treasury Department, he opposed individuals, crossed the hurdles to get triumph in his economic policies.

Advisor to the USA

In 2000 he acted as advisor to the USA about financing the Afghan War. According to John Taylor, he suggested to call out a meeting of Ministers of Finance of G7 countries.

In 2001 he activated and implemented the ‘Privatization Program’ and opened all the SOEs (State Owned Enterprises) to private-sector. This program took the country towards rapid economic growth. After general elections 2002, he implemented ‘Economic Liberalization’ policies aggressively in Pakistan.

His policies became controversial and created problems for then PM Jamali who resigned from Ministry due to immense pressure on him. Aziz’s real estate strategy allowed ordinary people to have a vehicle and house on affordable investment but also caused an enhanced violation of rules in construction firms.

In October 2007 after his tenure as PM, Pakistan again raised Foreign Reserves to 16.4 Billion Dollars.

On 30th July 2004, he survived a murder attempt in Attock, Punjab. A suicide bomb was placed in Fateh Jang (a small town in North of Islamabad. He was leaving when this assassination attempt made. While travelling with his motorcade exploded the bomb next to that car in which he was sitting. In this incident, along with bomber Aziz’s driver and six other people were killed. 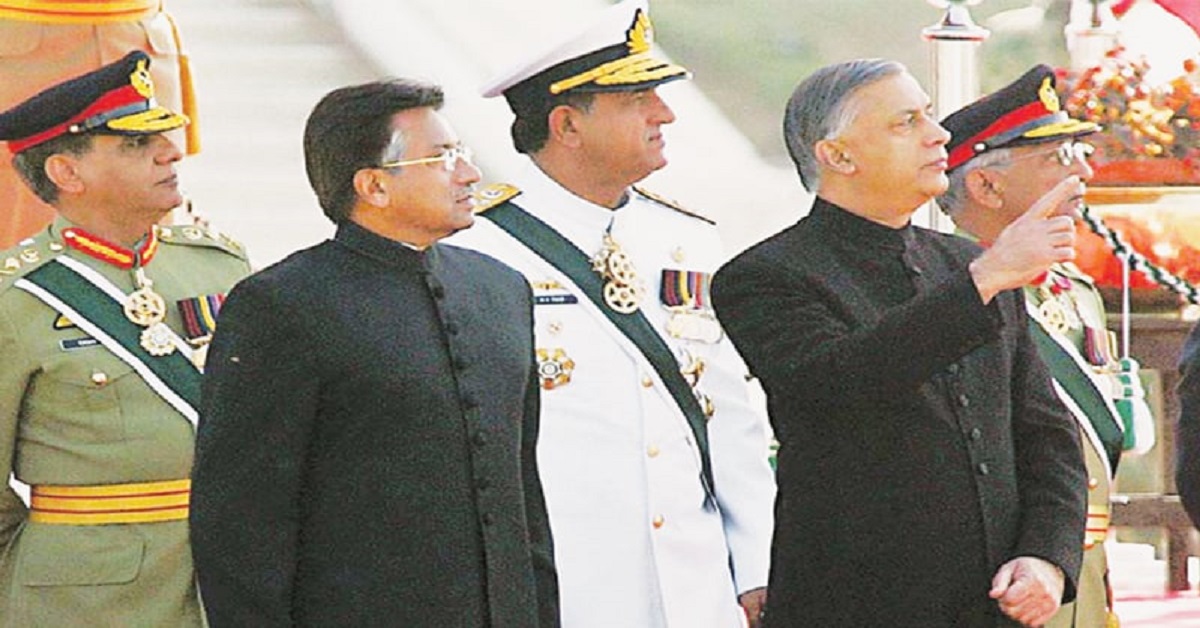 He succeeded in becoming General Musharraf’s right hand and his performance and work as ‘Finance Minister’ immensely impressed Pakistani strong business class Chaudhry Shujaat. After Jamali’s resignation on 26th June 2004 Shujaat nominated him for the post of Pakistan’s PM and Musharraf also supported his nomination.

But he was not a member of Pakistan NA as Law requires that PM should have a membership of N.A. he was declared as ‘Technocrat’ and he attained trust and support of Intl Institutes and Establishment. His nomination proceeded when Dr Manmohan-another technocrat became India’s PM.

Contested for Membership of National Assembly

He fulfilled this requirement of getting a seat in Pakistan NA and contested from Tharparkar-I and Attock District. He continued campaigns even after that suicidal attack and succeeded from both these constituencies. Shaukat Aziz preferred Attock seat and vacated Tharparkar seat.

Parliament elected him a PM on 27th August 2004 in N.A., and he took oath on 28th August 2004. Pakistani News Media called him ‘Short-Cut Aziz’ as he doesn’t have any political affiliations and background, but still, he took charge of Prime Ministership.

Completion of Tenure as PM

He left the Ministry on 16th November 2017 after Parliamentary term becoming the 1st Pakistan’s PM to leave his seat after the end of Parliamentary duration of 5-years.

He presented a 25 Year energy scheme intending to enhance dependence of Pakistan on Imported-Oil for the generation of power to fifty per cent by 2030. His Govt tried to establish the Wind Power and Solar Energy Sector in Pakistan. This energy scheme became controversial and received criticism by energy experts and media.

They called this plan as the most significant disaster because even oil-rich countries were lessening their oil shares in their power generation. He though approved the developmental and constructional activities of CHASNUPP-2 reactor at ‘Chashma Nuclear Plan’ in Chashma City.

A three hundred and twenty-five Mega Watt Commercial power plant established with Chinese support. Aziz called his plan as a milestone in the nuclear history of Pakistan.

In 2007 he approved the establishment of KANUPP-11 and also a ‘Nuclear Power-Fuel Complex’ in Islamabad. He headed the initial phases of construction of hydro-electric power plants in Pakistan including ‘Diamer Bhasha Dam. Yousaf Raza laid its foundation in 2011. 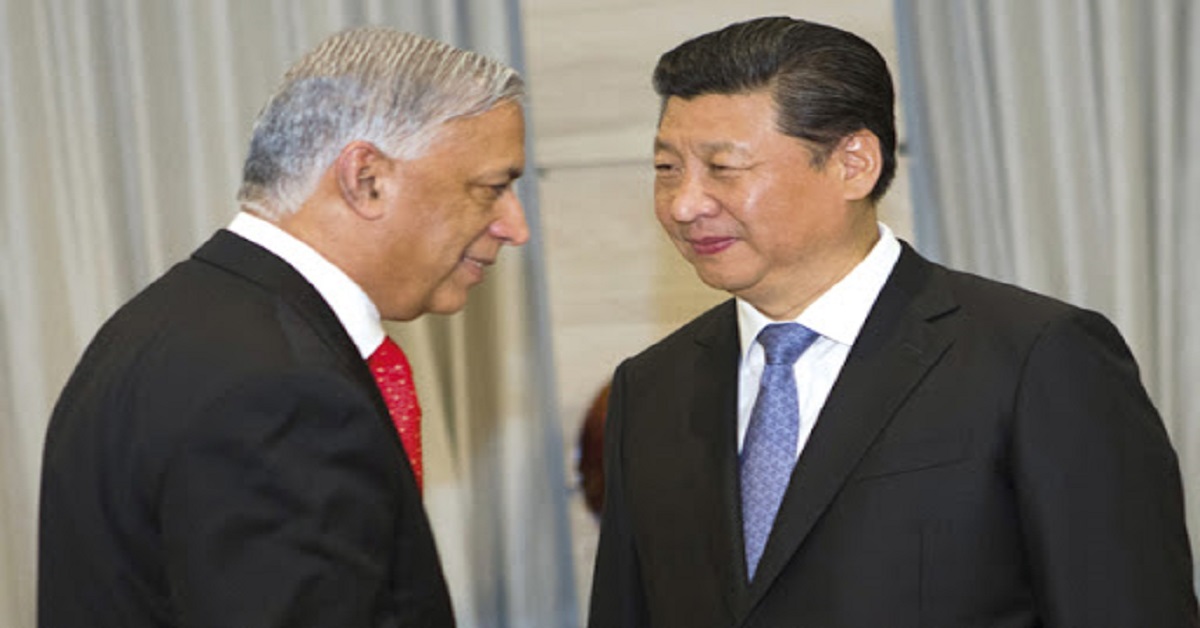 Approval of Another Energy Plan

In 2004 he commanded the Planning Commission and Water & Power Ministry to prepare an energy plan for Pakistan and approved the program ‘Version-2025’ of WAPDA to generate power via water. However, Gillani’s Govt cancelled or delayed all these projects due to lack of investment, capital, and the increasing economy declines.

Reforms in the Defense Sector

He watched the successful making of ‘JF-17 thunder’ fighter programs in decided time with close collaboration with China. In 2006 he visited China to seek their support in ‘Space Technology.’ China displayed an interest in assisting Pakistan in making and launching the Satellites. He signed an agreement with China and approved the development and launch of satellite ‘Paksat-IR.’

He took steps to strengthen ties with the European Union, China, India, Saudi Arabia, and Russia. During his tenure ties with the USA were extremely friendly. Aziz’s foreign policy followed a BFP (Balance Foreign Policy) Program intending to strengthen relations with E.U., U.S., and Intl Community.

He moved to Iran with Recep Tayyip in 2006 and advised Iranian President Mehmood Ahmadinejad to change his nuclear program because the current plan is not in the interest of Iran and region.  He also improved relationships with Japan. After he toured Japan, he invited investors in Pak-Japan Joint Plans in the steel industry and to expand the steel production.

He supported the Stance of South Korea and carefully avoided criticism on North Korea. During his three days stay in South Korea he and Lee Hae Chan (his counterpart) signed two-agreements on Cultural Interchange.

Relations with the USA

He supported the USA in War against terror and strengthened Pakistan’s relations with the USA.

In 2006 he invited private and state-owned Russian Media and repeatedly stressed for the need to increase collaboration between Russia and Pakistan in education, trade, defence, science & technology fields.

In 2007 as a result of his efforts Russian PM Mikhail Fradkov visited Pakistan for three days and became the 1st Russian leader and PM to visit Pakistan in Thirty-Eight years. During this visit, he and Fradkov signed two cooperation agreements.

During his Government, Pakistan’s Economic Growth improved from 6.4%-9% per year. For the 1st time in Pakistan’s history, revenue collection goals achieved in time. Funds allocation for developmental purposes increased to Forty per cent.

However, according to reports, U.S. Aid is behind this economic growth as Pakistan was supporting the USA in its ‘War on terror.’ Pakistani reserved raised to U.S. Dollar 10.7 bn on 30th June 2004 as compared to reserves U.S. Dollar 1.2 bn in 1999.

He privatized all the state enterprises and corporations before completion of his tenure. GDP growth that was 3.9 per cent in October 1999 raised to 6.6-9. Per cent.

Currently, he is living in the United Kingdom and is serving on several advisory boards such as ‘The Blackstone Group’ and ‘Millennium & Copthorne Hotels.’ He remained involved in economic affairs and criticized the IMF on failing to display leadership during the World Financial Crisis.

In 2008, he strongly criticized the IMF and stated, that IMF has negatively played its role in the global crisis.