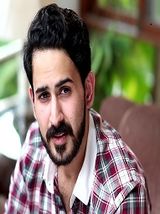 
Shan Baig is an accomplished and versatile actor we have in the industry since 2015 and is winning the hearts of people with his impactful performances. He got married to Michelle Saifee Rajpoot in 2019 and is living a blessed life. This article contains a blend of information about Shan Baig biography and Shan Baig career. Did you know that he made his acting debut in 2015? Shan is a handsome, tall and accomplished Pakistani actor and a model who is in the industry since 2015. He is known for his supporting characters in various serials and the way he has established himself in the industry without having any artistic background and the way he has won the hearts of people is worth admiring and worth praising. He was born in a Karachi city from where he got his education and then he went to fulfill his dream of becoming an actor.

He did his schooling from Bolingbrook High School. Later he studied Acting at Columbia College Chicago.

He belongs to an ordinary and liberal family where no one from his family belongs to showbiz. He recently got married to a love of his life Michelle Saifee Rajpoot who doesn’t belong from an industry. The couple tied the knot on January 2019 while the event was attended by many other celebrity fellows.

Shan who was introduced by Pheby Haroon, began his showbiz vocation as a performing artist. He made his acting introduction in 2015 with telefilm ‘Rok Do Shadi’ broadcast on Geo TV. From that point onward, he acted in numerous TV serials of various channels. He is one of the supporting male on-screen characters of a little screen. He has taken a shot at little screen both as a lead and a supporting on-screen character. A couple of his well-known TV serials incorporate ‘Babul Ka Angna’ starring Maham Amir and Saleem Sheikh ‘Roshni’ starring Aroha Khan, Sarah Razi, Maham Amir and others and ‘Manjdhar’ of Geo TV, ‘Ishq Ya Rabba’ of A Plus Entertainment and many more. Currently, he is seen sharing a screen with Mehwish Hayat, Faryal Mehmood, Azfar Rehman and Asad Siddiqui in a web series.

He has worked with many best brands and style fashioners of Pakistan. He has done numerous photoshoots as a model and he has worked in TV advertisements as well. His sharp and classy looks made it very easy for him to become a supermodel. He has also remained the showstopper for various designers many times.