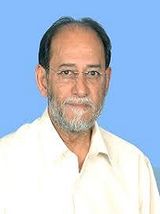 He was born on 24th October 1952 in Lahore where he spent all his life. Currently, he resides in the same city with his family.

He belongs to a political family where his father Late Shaikh Mohammad Asghar was one of the most dedicated politicians of Pakistan who served the country for many years. His son Khurram Rohale Asghar is likewise a politician who has served as a president of Youth Pakistan Muslim League N Lahore.