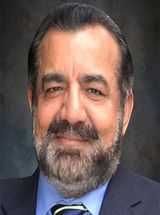 Chief Minister Shahbaz Sharif said that the Overseas Pakistanis Commission (OPC) would play a crucial role in helping non-resident Pakistanis overcome the challenges confronting them.He was speaking at the inaugural meeting of the commission in his capacity as the chairman of the OPC. It was decided that 36 district committees would be established across the Punjab under the auspices of the commission that would include a DPO and a CPO. The committees would be chaired by an overseas Pakistani.

The commission was constituted after the passage of a bill by the Provincial Assembly. Afzaal Bhatti has been appointed as the first commissioner of the OPC and Shaheen Khalid Butt has been appointed as its vice-chairman. The chief minister said the commission would play a crucial role in helping non-resident Pakistanis overcome the challenges confronting them. He said the commission had been given constitutional sanction and the government would provide it with all kinds of support. Sharif said he would personally monitor the commission’s work.[1] Overseas Pakistanis are National Ambassadors

The Election Commission of Pakistan (ECP) has set up facilitation centres at its central secretariat and offices of four provincial election commissioners to help retuning officers scrutinise nomination papers of candidates for next month’s Senate election on 52 seats.A total of 140 candidates from different parties and independents from all four provinces have filed nomination papers for the election on March 3.[2]  Senate Candidates

For one non-Muslim seat, three candidates Kamran Michael, William Michael and Victor Azariah have filed nomination papers, while a total of five candidates are in the run for the two technocrat seats.

PML-N-backed candidate have gained the majority of seats in Senate polls with at least 15 seats to their name. PML-N won majority of its seats from Punjab while  PPP won largely from  Sindh, getting 12 seats in total.20 candidates from  Punjab contested the polls for 12 seats reserved in Senate for the province. Governing PML-N won 11 seats through independent candidates in Senate polls held at Punjab Assembly.[3]  Senate Election Results 2018