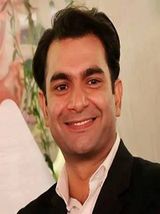 Sarmad Khoosat is a multi-talented Pakistani television and film actor, director and writer whose work is definitely a masterpiece. He has won several awards for his exceptional and incredible work. Sarmad’s way of working and his popularity is worth his hard work and dedication. This article has all the information about Sarmad, including Sarmad Khoosat Biography and Sarmad Khoosat Dramas. Sarmad Sultan Khoosat is an adaptable and celebrated director of Pakistan who has given blockbuster movies and dramas to the industry that are worth applauding and will be always remembered. His professionalism and commitment reflect from his work that one can’t stop themselves from praising it. Sarmad is never afraid to work on bold topics and never miss a chance to impress people. He is indeed one of the finest filmmakers of the Showbiz industry.

He was born on 7th May 1979 in Lahore. Currently, Sarmad resides in Lahore and Karachi for his work.

Sarmad did his graduation from Government College University, Lahore while he obtained his Master’s degree from the same University with distinction.

He belongs to an artistic family where his grandfather late Sultan Khoosat was a famed radio and television comedian. He had a great aptitude for performing dramas and act in different voices on the radio. His father Irfan Khoosat is a conventional name in the Showbiz industry of Pakistan who is a celebrated actor, producer and comedian for ages and is entertaining us for a long time while his sister Kanwal Khoosat is also an actor and a director. Sarmad is still unmarried.