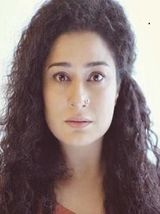 
Sania Saeed is a legendary and senior Pakistani actress who has achieved great success after joining the showbiz. She is one of the greatest assets of the entertainment industry. This article contains detailed information about Sania Saeed biography, Sania Saeed dramas, and Sania Saeed family. Did you know that her husband is a director of Pakistani dramas? A lady with a grace whose contribution to the entertainment industry since ages are worth remembering and worth admiring. She is one of the wonderful actresses we have in our industry who has rewarded several times for all her hard work and dedication towards the work. She is indeed an inspiration and a guideline for all the young and new actresses of our industry. She is not only a remarkable actress, in fact, a glorious anchor too. Her charismatic and sweet personality isn’t faded with time in fact with each passing year it shines more and more.

She was born on 28th August 1972 in Karachi city where she spent all her life and still resides there.

Sania Saeed husband Shahid Shafat is a Pakistani director who is celebrated for directing popular dramas including ‘Tau Dil Ka Kia Hua’ staring Ayeza Khan, Sami Khan and Zahid Khan and ‘Khasara’ starring Mikaal Zulfiqar and Sarwat Gillani. Her father Mansoor is a senior scriptwriter and an Editor who has translated many books, documentaries, and plays including Carl Sagan’s Cosmos, Good Person of Schezwan, Saint Joan of the Stockyards Jacob Bronowski’s and few more. Her mother Abida Saeed had built up Seedling Montessori School in 1983.

She did her schooling from St Joseph’s Convent and then went to PECHS College for Women to complete her intermediate. She holds the degree of Bachelors in psychology from the University of Karachi.