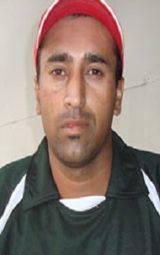 Saeed Bin Nasir is among those Pakistani cricketers who could only play at the domestic level and, despite good performances, never got a single opportunity at the international level. He was a right-hand batsman and a right-arm off-break bowler. This article has all the information about him, including Saeed Bin Nasir Biography.

Saeed Nasir is a Pakistani cricketer who only played domestic cricket; he had a long domestic cricket career, which started in 1997 and ended in 2016. He had the opportunity to captain at the domestic level. Nasir played in all three formats of domestic cricket, including the T20 format of the game.

He is among very few Pakistani batsmen with over ten thousand runs in first-class cricket history.

Saeed started his professional cricket by playing club cricket at his hometown in Karachi, and then in the year 1997; he initiated his career in the first-class. A year after his first-class debut, he made his first appearance in List-A cricket for the 1998-99 domestic season.

While he took a total of 137 catches in the field as well. His highest batting score in first-class cricket is 251 not-out. Saeed also bowled in first-class games and claimed 20 wickets conceding 1210 runs at a bowling average of 60.50. His best bowling figures are 3/17.

He currently plays first-class cricket in Sri-Lanka, and last appeared recently in a game on 13th March 2020.

Saeed was featured in 112 List-A matches from 1998-2016 and scored 3968 runs at an impressive batting average of 43.60 and with the best score of unbeaten 186 runs. He also registered six centuries as well as 23 half-centuries in List-A cricket career.

He bowled occasionally and picked up four List-A wickets with his off-break bowling. Saeed played his last List-A game on 29th December 2016 at Karachi.

Saeed also played the domestic T20 format and made a total of 62 runs in four matches. He played for various teams in his cricket career including Pakistan Under-19s, Baluchistan XI, Karachi XI,  Sui Southern Gas Corporation, Khan Research Laboratories, and the rest.