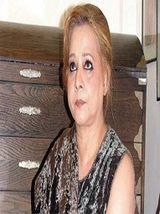 
Roohi Bano is a well-known stage and television actress who ruled the industry for a long decade. She belonged to a musical family where her father and 3 brothers adopted music as a profession. Despite her successful acting journey, she faced life miserably after the unnatural death of her only son. This article has all the information about Roohi, including Roohi Bano Biography. Bano was a renowned Pakistani Television and Film Actress who had a very charismatic personality on screen and off the screen. She has worked in numerous Pakistani movie sand has enjoyed her fame. She faced various hardships throughout her life. She was dealing with a mental disorder when her only son brutally killed. After knowing about her son’s untimely death, she disappeared. She is a recipient of various awards, including Lifetime achievement award.

She completed her masters in psychology that she obtained from the Government University, Lahore.

Roohi belongs to a well-known family of the industry, having 3 brothers and 1 sister. Her brother Zakir Hussain is an Indian tabla player in Hindustani traditional music, musical producer, film actor, and composer. Her other sibling Taufiq Qureshi is also a conventional Indian musician while Fazal Qureshi is an Indian Tabla player who seeks guidance from his father. Her sister Rubina Yasmin is not in the industry. She got married, which unfortunately couldn’t last long, and they got separation. She had a son Ali Abid who got murdered at a young age, after which Roohi couldn’t remain stable.

Roohi has played a vital role in the establishment of the Film and television industry. She has worked with many great artists and directors. Her remarkable roles in popular movies incorporating Zard Gulab, Qila Kahani, Hairatkada, Darwaza, Kiran Kahani, etc., gave her new heights of success. She gave her first appearance in a quiz show, after which Farooq Zamir offered her to act in plays, and this is how her career actually started. Her list of plays are long-lasting, and her every play is a depiction of her hard work.

She got serious health issues after the murder of her son. She remains admitted to the hospital for many days where doctors told about her physiological problem. In 2018, she ran away from the hospital from where Roohi was admitted for her illness and went to the house of her brother. She was under treatment because of her psychological issues which enhanced after her son’s death.

Eminent Pakistani TV and stage performing artist took her last breath on 25th January 2019, her sister Rubina Yasmeen affirmed. She was 67 years of age. As per Bano’s sister, she was on the ventilator for the last few days in a clinic in Turkey and had been experiencing kidney problems and some physiological issues.