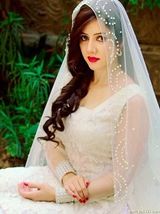 Rabi Pirzada is an internet sensation, Pakistani singer, actress and a Host who always indulges herself in different controversies. In 2019 she decided to leave the Showbiz Industry forever after her nudes got leaked by her ex-boyfriend. This article contains all the information about her including Rabi Pirzada Biography and Rabi Pirzada Family. Rabi is a stunning Pakistani actress, Host, and singer who has also worked as a content writer at the start of her career. She managed to get all the fame and love with her own knack and diligence without having any artistic background. Her passion for music started from her childhood when she used to play drums and pianos in school/college functions and sustain prizes which encouraged her more to transfigure her dream into reality.

She was born on 3rd February 1989 in Quetta where she spent her Childhood. Currently, she resides in Lahore with her family.

She holds the degree of Software Engineering that she attained from Lahore University.

She belongs to a non-artistic family where her father Major Humayun Peerzada served as an Army officer where her mother functioned as an Architect and educationist. She is the only daughter of her parents while her other 2 brothers are likewise not from the Showbiz field. She got married to Tariq Shah in 2010 who is a businessman and retired Army officer from whom she is blessed with 2 sons. However, after a few years, both parted their ways.