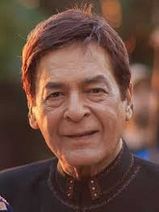 
Qavi Khan is a senior and accomplished Pakistani television and film actor who has also done theatre and stage for a long time. He has given many notable performances throughout his career that earned him the Lifetime Achievement Award and Pride of Performance Award. This article has all the information about Qavi, including Qavi Khan Biography and Qavi Khan Dramas. Qavi Khan Sahab is a legendary actor of Pakistani Showbiz industry who is attached to it from the last four decades. He has garnered immense respect and acknowledgment by working in numerous dramas and films. He has likewise worked in many stage dramas and has always proved his Versatility. Qavi Sahab has also produced many Urdu and Punjabi movies. He once took part in Elections but didn’t campaign for it. He got 10,000 votes at that time.

He was born on 13th November 1932 in Peshawar, Khyber Pakhtunkhwa. Later his family moved to Lahore. Qavi Sahab is currently living in Lahore with his family.

He has a degree of Bachelors that he got from Lahore.

Qavi Sahab has been a part of many Lollywood films. In 1974 he first appeared in a Pakistani Urdu film ‘Tiger Gang,’ and since then, he became apart of many big-screen projects. In 2015 he appeared in a comic movie ‘Wrong Number’ starring Danish Taimoor and Sohai Ali Abroo. The film did a good business at the box office.