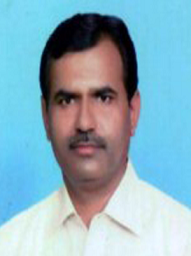 Muhammad Yousaf Kaselya, son of Haji Ghulam Ali, is working as a member of the Provincial Assembly while being associated with Pakistan Muslim League N. He functioned as the Nazim and Naib Nazim in the early 20s. This article contains complete information about him, including Muhammad Yousaf Kaselya Biography.

Chaudhry Muhammad Yousaf hails from Vehari is a Pakistani Politician who is currently functioning as a part of the Provincial Assembly after winning Pakistan General Elections 2018 while being attached to Pakistan Muslim League N and has come back to the Assembly for the second time. He has worked as Chairman of the Standing Committee on Excise and Taxation in the past. He is married and blessed with a Kid.

He was born on 4th April 1974 in Vehari, where he lived all his life. Currently, he still lives there from where he also contests the elections.

He holds the degree of Masters in Political Science.

Raja Zafar ul Haq is the current Leader of the Hou

Mian Khalid Mehmoodis a Pakistani Politician who i