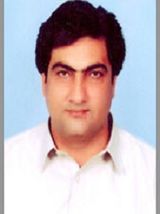 Senator Muhammad Ali Shah is an MPA of Pakistan’s People Party. He is a Son of Late Abdul khaliq bacha. He served as a Committee Chairman of standing Committee no 20 on planning and Development Department. He also served as a Committee member on the Khyber Pakhtunkhwa Whistleblower protection and Vigilance Commission Bill, Standing Committee number 32 on transport department, Public accounts committee and Ehtisaab Commission bill 2013. [1] Biography Biography

Nominated for a Senator

The Election Commission of Pakistan issued on Tuesday 20th Feb 2018 a final list of candidates in the Senate elections on March 3. In the polling for assemblies in four provinces, 12 each from Sindh and Punjab, while 11 each from Khyber Pakhtunkhwa and Balochistan will contest. In the Senate elections, for Sindh’s 12 seats, 33 candidates will contest. Among those 33, Muttahida Qaumi Movement-Pakistan has 14 candidates, 12 from Pakistan People’s Party and three from Pak Sar Zameen Party. Pakistan Tehreek-e-Insaf and Muslim League-Functional will have one candidate each for seats in Sindh. PPP senator Syed Muhammad Ali Shah has also been nominated for the upcoming Senate elections 2018. [3] Nominated for a senator