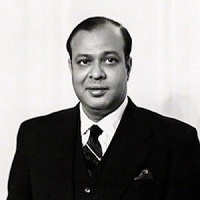 His foreign policy pursued the strength of bilateral relationships between the U.S.A. and Pakistan while weakening relations with Soviet-Union. This article has every detail about him, including Mohammad Ali Bogra Biography. 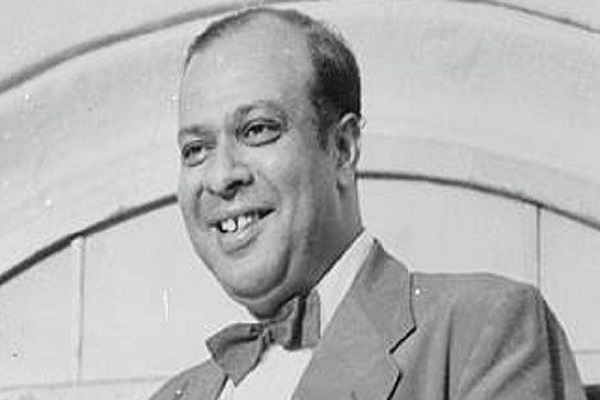 Ali Bogra was an educated and visionary personality who belonged to an influential Nawab Family of Bogra. He received his education at local Madrasa and Calcutta University’s Presidency College. The prefix ‘Sahibzada’ to his name represents ‘Bengali-Royalty.’ He served at several political posts and made important decisions.

He presented the ‘Bogra Formula’ was the political compromise on 7th October 1953 before Pakistan’s Constituent Assembly and announced that his primary target is drafting of a codified Constitution.

After the failure of this Formula, he started working on his one-unit program that was controversial and integrated 4-provinces into the single state and started advocating his idea.

He was brought up in Bagora and studied 1st at local ‘Hastings House’ and then enrolled at Islamic Madrasa in Calcutta. After completing matriculation, he attended Calcutta University’s Presidency College and secured a Bachelor’s degree in 1930 in Political-Science.

He belonged to a wealthy and elite aristocrat family known as ‘Zamindars of Bogra.’ The prefix ‘Sahibzada’ to his name represents ‘Bengali-Royalty.’ He officially used his family name ‘Bogra’ as his surname. His father Altaf Ali Chaudhary who received education at ‘St Xavier’s College’ in Kolkata, India was a leading and eminent personality in Dacca.

He was a local-politician and remained Vice-President of East-Bengal Faction of Muslim League. Altaf was fond of physical sports, Horse race, and, Sled dog racing. Ali’s grandfather Nawab Chaudhary was 1st Bengali Muslim to serve as Minister, he played a leading role in establishing Dhaka University with the support of Nawab Sir Khwaja Saleemullah.

Ali married twice, and had 2-sons with his 1st wife Begum Hamida, later in 1955 he married for the 2nd time to Aliya Saddy. Aurat foundation held protests against his 2nd marriage or polygamy. Ali contested in General-Elections 1937 on the ticket of Muslim League from the ‘Bogra Constituency’ and became part of the opposition in East-Bengal Legislative Assembly.

He was appointed chairperson of Bogra District in 1938 and served at this post until 1942. He remained part of the opposition in Legislative Assembly until 1943, and after Muslim League gained political assistance, he was appointed Parliamentary-Secretary to then-CM Khawaja Nazim-ud-din.

In 1946 Husyn Suhrawardy asked him to associate with his cabinet and later held ministries of finance, health, and local govt. During his tenure as the health minister, he established ‘Dhaka Medical College’ and Calcutta Lake-Medical College.

He supported the call of Muslim League for the foundation of Pakistan via the British India partition and became a strong defender of his constituency in General Elections 1945. He joined 1st Constitutional Assembly in 1947.

PM Liaquat Ali asked Bogra in 1948 to be designated as Pakistan’s diplomat to Egypt to lead the diplomatic mission of Pakistan in Cairo, Egypt, which he declined. He instead chose a diplomatic assignment in Myanmar and put forward his credentials in Yangon in 1948.

Soon, after his designation as Pakistani diplomat to Myanmar, his political-philosophy reflected conservatism and supported Military Operations of Burma against ‘Communism.’

Bogra left Burma in 1949 on his appointment as Pakistani High-Commissioner to Canada, and until 1952 he supervised the diplomatic mission. In 1952 he got designated as Diplomat to the U.S.A.

He is considered responsible for making Pakistan dependent on the U.S.A., and played an active part in Pakistani Lobby in the U.S.A., for securing economic and military assistance to Pakistan. 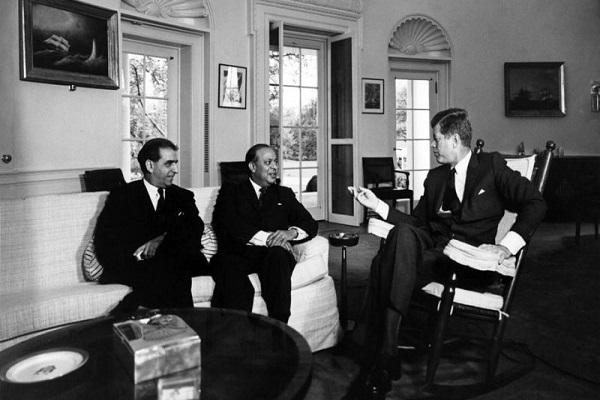 Reputation as Appreciator of America

After observing the 1952 U.S.A. presidential election, he convinced hardliners of G.O.P. (Republican Party) and president Dwight David of anti-communism credentials of Pakistan. He presented an idea of Pakistan’s military to fight against the expansion of the Soviet Union.

In Political circle of Pakistan, the was known as having the pro-American views, and fondness of the U.S.A. In Pakistan’s Foreign Services he made his reputation as an appreciator of every American thing. He remained Pakistani ambassador until 1953.

The Language-Movement issued in 1952 in East, Socialist Party’s rise in Pakistan and also the riots in city Lahore against Ahmadiyya minority in 1953 led to PM Khawaja Nazim-ud-din’s dismissal by Ghulam Muhammad then-Governor General on 17th April 1953.

Ghulam Muhammad appointed him a new PM and P.M.L.’s President. Under reluctance and pressure, he accepted that new appointment from Ghulam Muhammad. After holding his control, he dismissed Fazlul Huq’s govt on 30th May 1954.

He recruited the new cabinet that was called as ‘Ministry of Talents’ and inducted Gen Ayub Khan as Minister of Defense, and Retired Major Gen Iskandar Ali as the Interior Minister.

His appointment with U.S. State Secretary John Foster got much admiration. The U.S.A. President Dwight David delivered 1000-tons wheat to Pakistan. Bogra was determined to strengthen the military ties with the U.S.A., but Americans cautiously moved to avoid damaging their strong relationship with India.

Efforts to Make Ties with India

His over-reliance on the U.S.A. and anti-communist thoughts damaged bilateral relationships with ‘Soviet-Union’ in the 1950s and put a foreign policy of Pakistan under U.S.A. dictation despite public opinion. Due to the U.S.A. pressure, he finally took steps to make strong ties with India, and for this purpose, Bogra 1st addressed the issue of Kashmir with India.

He met Indian PM Jawaharlal Nehru in 1953 and invited him to visit Pakistan. On Nehru’s arrival to Karachi Mohammad Ali Bogra warmly welcomed him and enjoyed a strong relationship with Nehru. Both agreed on plebiscite in IoK (Indian Held Kashmir) but failed to achieve it as Bogra lost support from the country’s leftwing sphere. 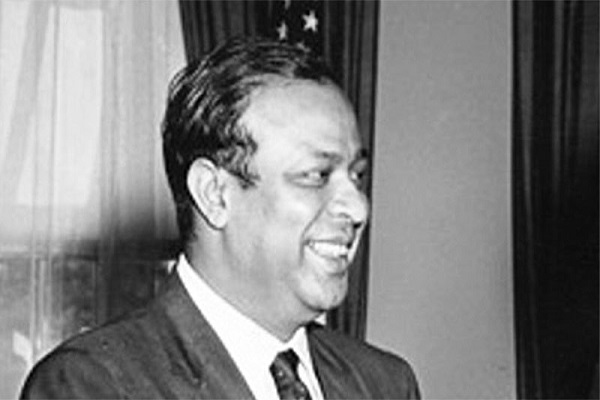 The ‘Bogra Formula’ was the political compromise proposed and presented by PM Bogra on 7th October 1953 before Pakistan’s Constituent Assembly. He also announced that his primary target is drafting of a codified Constitution.

Bogra Formula also addressed check & balance to avoid any domination by 5-provinces where the provision drafted that if President elected from 4-provinces, then PM would be selected from East-Bengal and vice-versa.

He presented a framework proposing the establishment of an effective Pakistani Parliament consisting of Senate and National-Assembly with an equal representation from all five provinces at that time ‘Sindh, Baluchistan, Bengal, Punjab, and K.P.K.

Three-Hundred seats reserved for N.A. and Fifty seats for Senate. According to the framework, the maximum number of Constituencies handed over to Bengal with one-hundred and sixty-five reserved seats.

While Punjab that had Seventy-Five, K.P.K. that had Twenty-Four, Baluchistan that had Seventeen seats, and Sindh that had Nineteen seats. Bengal was given a more significant number of seats because of its social-homogeneity in N.A. than combined seats of 4-provinces.

Judicial independence and more powers were conferred to the Pakistani Supreme Court and to replace ‘Islamic Ideology’ to decide if a law was according to the Holy Quran’s basic teachings or not.

After the failure of Bogra Formula, he started working on his one-unit program that was controversial and integrated 4-provinces into the single state and started advocating his idea and said: There would be no Khairpuris, no Bahawalpuris, no Balochis, no Pathans, no Sindhis, no Punjabis, and no Bengalis.

Cabinet accepted absence leave of Governor-General Ghulam Muhammad was accepted by the cabinet on 4th August 1955. Iskander Mirza took oath in replacement of Ghulam and sworn in on 7th August Soon after his appointment he started a confrontation with PM Bogra on the regional-disparity and pressurized PM Bogra to give resignation and ended Bogra’s administration.

In Ayub’s regime, Bogra joined his administration and was assigned Foreign-Ministry. After his resignation as Foreign Minister, he went to China. He started talks with their leadership that led peaceful and historic settlement with the Chinese Government on final frontiers of Pakistan in North.

He died in Dacca in 1963 and was embedded in Bogra Nawab-Palace in East Pakistan (Now Bangladesh).