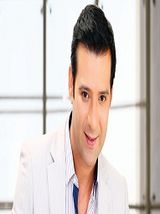 
Moammar Rana is a talented Pakistani film actor, director, producer, and likewise a fitness Enthusiast. He has been seen showing his skills and talent in various superhit Pakistani films and numerous characters for a long time. Most of his family members belong to the cricket field, including his father, Shafqat Rana. In 2019 he announced his decision of joining Politics. This article has all the information about Moammar, including Moammar Rana Biography and Moammar Rana Movies. Moammar is a senior and accomplished Pakistani film and television actor who is likewise a model and film director. He remained the part of multiple Urdu and Punjabi films, where he showed his versatility by playing various characters. Even after several years, he still appears as the main lead, and the way he performs on screen is unmatchable. Though he belongs to the cricket dynasty yet, he followed his dreams and became an actor at a very young age.

He was born on 26th February 1974 in Lahore. Currently, Moammar residing in the same city with his family.

He belongs to an educated and talented family. His father, Shafqat Rana, is a former Pakistani cricketer who remained a part of various Test matches. He was the right-hand batsman. His uncle Azmat Rana was likewise a Pakistani cricketer who served in the cricket field for a long time. His other uncles Shakoor was an umpire while Sultan Rana served as a cricket administrator after playing a few matches. His two cousins Mansoor and Maqsood Rana likewise belong to the cricket field.

Rana likewise appeared in various serials opposite various other actors. His drama ‘Dil Diya Dehleez’ that was based on a novel was one of the hit serials of all time. In 2014 he appeared in drama serial ‘Mehram’ opposite Ayesha Khan and Zahid Ahmad. If we talk about versatility, then Moammar Rana is the fits name that came in our minds. He can still give a tough competition to all the senior and talented junior actors.

Moammar made his debut as a director in 2016 by directing a Pakistani movie ‘Sikander.’ It was a romantic action thriller film whose cast includes Shoaib Akhter, Moammar, Farhan Ally Agha, Mathira and Saba Faisal.