By tauseefanwarMarch 3, 2018No Comments2 Mins Read 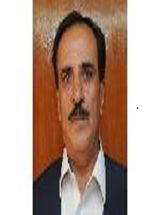 Malik Najmul Hassan is a Pakistani politician.He is a member of Senate of Pakistan from Mar 2012. He was elected as the Senate of Pakistan as an independent candidate in Pakistani Senate election, 2012.[1] Political Career