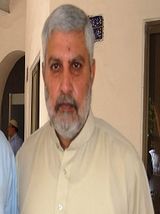 Nadeem Kamran hails from Sialkot is a senior Pakistani and dedicated Politician who is affiliated with Pakistan Muslim League N since 1997. He is currently working as a member of the Provincial Assembly after winning the Pakistan General Election 2018. During his educational tenure he used to take part in politics and act as a president of Student’s Union, Government College Sahiwal. He is married and is blessed with 3 Children.

He was born on 3rd August 1953 in Sahiwal. Currently, he still resides there with his family from where he also contests the Elections.

He holds the degree of Bachelors which he attained from Bahauddin Zikria University while he did his intermediate from Government College Sahiwal.