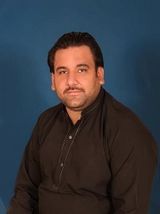 Majeed Niazi is a Pakistani politician who hails from the Karor Lal Esan Tehsil is a Pakistani politician who is currently a member of the National Assembly. Previously he also served as a member of the Provincial Assembly from 2013 – 2018 while being associated with the Pakistan Tehreek e Insaf. This article contains all the information about him including Majeed Niazi Biography. Abdul Majeed Khan Niazi is a Pakistani politician who is associated with Pakistan Tehreek e Insaf since 2013 and is serving as a member of the National Assembly. Previously he was chosen as a member of the provincial Assembly. Before becoming the part of the politics he also worked at the National Bank of Pakistan. During his tenure he did his best to achieve the vision of Naya Pakistan which was glimpsed by the PTI government.

He was born on 23rd September 1980 in Karor Lal Esan which is a Tehsil of Layyah District. He spent all his life there and still resides in the same Tehsil with his family.

He did his schooling from Sadiq Public School, Bahawalpur, Pakistan.