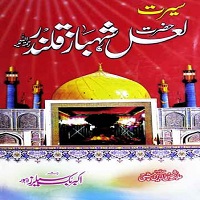 Lal Shahbaz Qalandar is considered one of the great Sufis and great shaykhs of the Indian subcontinent. He learned theology mostly from his father and eminent scholars of his time, memorized the Holy Qur’an at the age of seven, and many of his books on theology and Arabic literature are still taught in universities and madrassas.

According to his teachings, there is no act of goodness more than humanity’s service and no sin more than persecution. A good man Always starts a constructive and positive process from himself and send a message of love and tolerance through his behaviour instead of criticizing, advising or commanding others. This article contains all the information about him, including Lal Shahbaz Qalandar Biography. 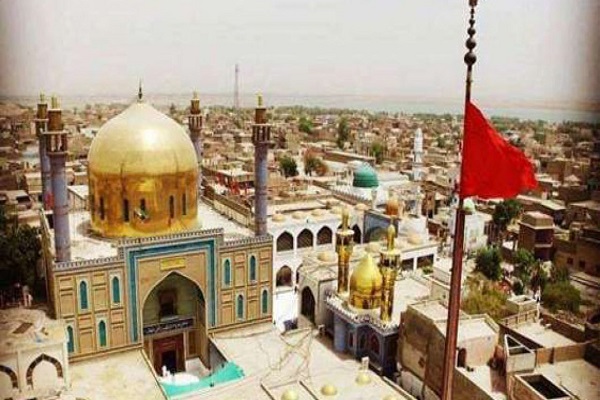 Hazrat Lal Shahbaz Qalandar, a well-known spiritual leader of the subcontinent, was a practising Sufi saint and rendered valuable services to promote knowledge. He was a great linguist, grammar expert, tourist and mystic. He also had an extraordinary interest in poetry and used to recite unique and unmatchable poems in a state of ecstasy.

Shahbaz spent his days in patience, gratitude, love, brotherhood, tolerance, peace, preaching and guidance, and in the Shari’ah and Sunnah, and spent the nights in remembrance and worship of God. Lal Shahbaz treated everyone with love and affection, and in every one or two meetings, he inspired the people with his high morals and instilled in their hearts the desire to live according to the teachings of Islam.

Qalandar broke the diverted people’s relationship with disbelief and polytheism and connected them with their actual Creator and guided them on the right path. Introduced them to moral values ​​and filled their hearts with devotion to nobility and truth. The fame and acceptance that he gained during this period are still alive despite the passage of centuries, but it increases with time.

He was born in a village Maiwand in Afghanistan in 1177 AD.

After memorizing the Holy Quran, he travelled all over India. He benefited from the company of various saints, including Hazrat Sheikh Farid-ud-Din Shakar Ganj, Hazrat Bahauddin Zakaria Multani, Hazrat Sheikh Bu Ali Qalandar and Hazrat Makhdoom Jahanian Jalal-ud-din Bukhari are at the top of the list.

Later he migrated to Marwand. During this period, he had the opportunity to observe the Ghaznavid and Ghori empires. He travelled innumerable times in the Islamic world due to which he became proficient in Persian, Arabic, Turkish, Sindhi and Sanskrit. 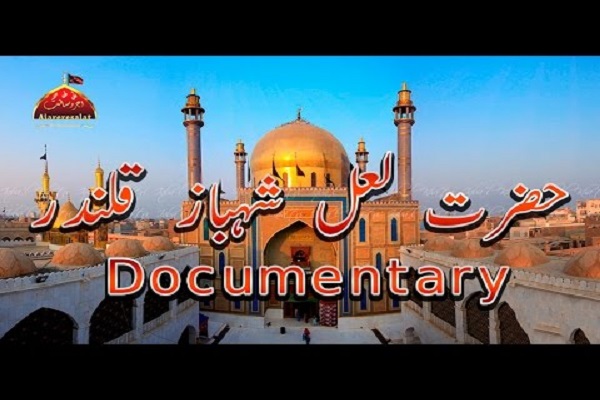 According to a tradition, his face shone red like a red gemstone ‘Lal’, which earned him Lal’s nickname. Imam Hassan gave the title of Shahbaz to his father in the world of vision as a good news piece before his birth. For this reason, he was given the title of Shahbaz, and it refers to the high position of Wilayat.

It is also known that his cloak was of ruby ​​colour, so he was called ‘Lal’, and because of his nobility called ‘Shahbaz’ and ‘Qalandar’ because of his Qalandar temperament and style.

Hazrat Lal Shahbaz Qalandar’s lineage is traced back to Hazrat Imam Jafar Sadiq in 13 or 14 generations. He was the son of Syed Ibrahim Kabir-ud-din, a dervish from Marwand (present-day Afghanistan).

When he was 25 years old, he visited Imam Hussain’s shrine (as) in Karbala and stayed there for ten years. Then, at the age of thirty-five, he went for Hajj, where he began to visit and sweep the Prophet’s Holy Shrine (P.B.U.H). It was here that he met Hazrat Sher Shah Jalal Syed and became close to him.

After staying for about six years, he visited Hazrat Ali’s shrine (as) in Najaf Ashraf, Iraq. He had to go to Karbala by an order, where he reached Hazrat Ibrahim Mujab who transferred all the trusts and knowledge to him during this time.

He had a high level of spirituality and was highly respected by the Muslims and the Hindus. The street in which he came to live in Sewastan (Sehwan Sharif) area of ​​Sindh belonged to the adulterous women. The first effect of his presence was that the market for adultery and fornication became cold there, hearts turned towards righteousness and purity, and adulterous women repented at his hands.

He stayed in Sewastan and guided the diverted people to the right path. He improved their morals, instilled in the hearts of human beings a devotion to goodness and truth, and taught them to love one another. Lal Shahbaz lived there for about six years and spread the light of Islam in Sindh. He guided thousands of people, and many lost people reunited with God. 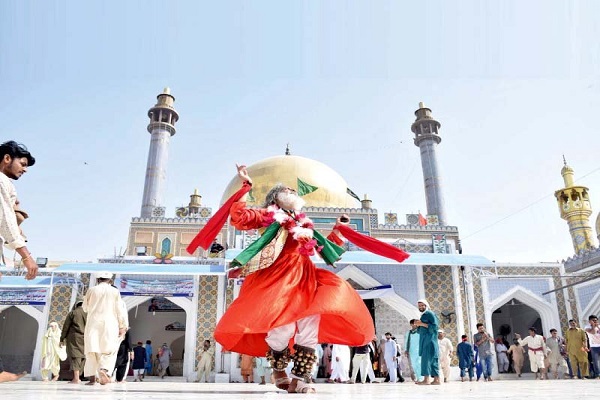 He had such a unique charm in his personality that people could not live without being influenced by him. Wherever he went in his preaching tours, crowds of needy people gathered around him; these included the persecuted, sick and poor people of all time who were encouraged to live by his comforting words.

He wiped away the tears of the miserable people. Whenever an incurable patient came to him, he would look at the patient, speak softly, comfort him, and refer the disease to God, and in a few moments, the patient would show signs of recovery.

Once upon a time, there was such a severe famine in Sindh and its vicinity that people asked him to pray to God Almighty to save them from this famine. He was busy in prayers when it started raining, and so much rain fell that the earth became green.

He wrote four books on grammar and linguistics in Persian called Meezan-e-Sarf, Sirf-e-Saghir (Type II), Aqd and Ajnaas (Manshab). According to Richard Francis Burton, the first book to be taught in madrassas is Meezan-e-Sarf. It is a short magazine written by Shahbaz and is for memory. Another book, Ajnaas, also called Manshab, explained the rules of derivation.

The syllabus of a grammar given in the madrassas of Sindh before the British era included his writings. There was also a madrassa in Sehwan Sharif called ‘Fiqh-ul-Islam’ which is said to have been established by him. He promoted education in the Persian language for the people and wrote curricula taught in madrassas of Sindh until in 18th century English replaced the Persian Language as an official language.

Personalities who benefitted from Qalandar 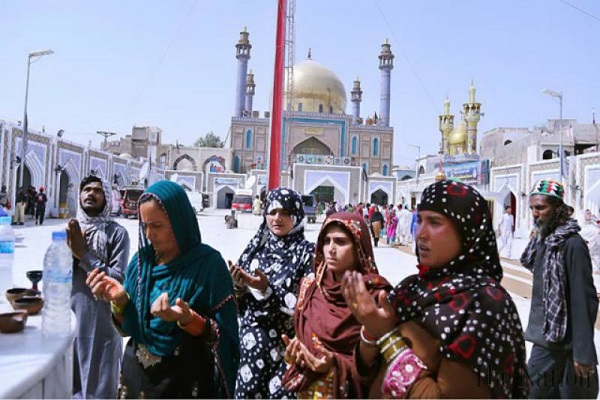 His shrine is in Sehwan Sharif, Sindh. This building is a masterpiece of Sindhi architecture of Kashi and was constructed in 1356. Its interior is about 100 square yards. During the reign of Feroz Shah, Malik Rukn-ud-Din alias Akhtar-ud-Din Wali Sivastan built his shrine.

On the evening of 16th Feb 2017, there was a suicide bombing on his shrine’s premises. The attack killed more than 123 people and injured more than 550. The dead included women and children. Despite a blast, the people’s devotion to this shrine and the shrine owner did not diminish in any way.

In the years to come, the rush here increased instead of decreasing, further strengthening the pilgrims’ faith.