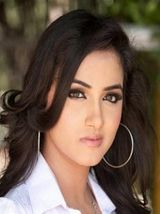 
Kiran Tabeer is a Pakistani television Actress, Model and Host who is famous for her supporting roles in different popular serials. She started her career as a Television host and now she is known to be one of the successful actresses of the showbiz industry. This article contains detailed information about her including Kiran Tabeer Biography, Kiran Tabeer Family and Kiran Tabeer Dramas. Kiran is a versatile Pakistani Actress, Model and Television host who has been seen in a number of dramas as a supporting character since 2014. Coming from a non-artistic family she struggled hard to establish her name in this world of glamour. She was fond of becoming an actress since her adolescence so not long after completing her education from Lahore she ventured into the Showbiz to begin her professional life.

She was born on 7th March 1990 in Lahore. Currently, she still resides there with her family yet often live in Karachi for her work.

She belongs to an ordinary and non-artistic family background where no one belongs to Showbiz. She got married to a common man Ali Hamza Safdar and is living a blessed life.

She started her career in 2014 and became a part of a number of successful serials. She mostly appeared in a strong supporting character in various serials and has done roles of every niche be it positive or negative. A few of his notable serials incorporate ‘Tum Kon Piya’ starring Ayeza Khan, Imran Abbas and Ali Abbas, ‘Ghayal’ starring Asad Siddiqui, Gohar Mumtaz and Sumbul Iqbal, ‘Saaya’ opposite Maham Amir, Faizan Sheikh and Mizna Waqas and many other serials. Her lead acting in the drama serial ‘Mei Baji’ is also worth praising.

She is likewise blessed with remarkable hosting skills. She has hosted the popular comedy show ‘Hum sab umeed sai hain’.