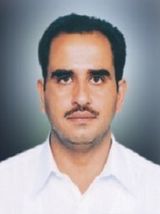 Kazim Ali Pirzada is a Pakistani Politician who is serving as a member of the Provincial Assembly while being attached to the Pakistan Muslim League N for a long time. He is an Ex Tehsil Nazim of the Local Government and belongs to a well known political family. This article contains all the information about him including Kazim Ali Pirzada Biography. Kazim Ali hails from Bahawalpur is a Pakistani Politician who is currently working as a member of the Provincial Assembly after winning the Pakistan General Elections while being affiliated with Pakistan Muslim League N. He has worked as a Tehsil Nazim, Khairpur, Tamiwali of the Local Government in the past and has returned to the Assembly for the third time. He is married and is blessed with 4 Children.

He was born on 25th December 1973 in Bahawalpur. Currently, he still lives there with his family from where he also contests the Elections.

He holds the degree of Bachelor of Commerce which he attained from Punjab College of Commerce while he did his early education from the Aitchison College.

He belongs to a political family background where his maternal grandfather Mian Bahadar Sultan Pirzada served as a District Council and Punjab Legislative Assembly during his tenure. One of his maternal uncle Mian Riaz Hussain Pirzada has likewise served as a member of the Provincial Assembly while his other uncle Mian Riaz Hussain Pirzada has functioned as a member of the National Assembly in the past.