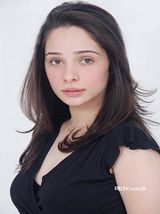 
Juggun Kazim who is also known as Juggan Kazim is a Pakistani-American television and film actress. She is likewise a model and a prominent Host which is the actual reason for her popularity. Juggan is a niece of Lawyer Raza Kazmi who was also the politician in the past. This article has all the information about Juggan, including Juggun Kazim Biography and Juggun Kazim Shows. Juggan Kazim who was born as Syeda Mehrbano Kazim is a notable and senior Pakistani television and film actress. Apart from being a striking actress she is also a host and has hosted various shows till now. She is a Pakistani-American actress who is seen performing on various Pakistani and American plays and received immense approval and admiration. She hosted her first-ever show at the age of 16 only. Juggan is likewise the brand Ambassador of a cosmetic brand company Garnier Fructis Pakistan.

She was born on 7th January 1980 in Lahore. She has lived in Canada too for her education. Currently, Juggan is living in Lahore with her family.

Juggan was born in a moderate family. Her father Syed Abbas Kazim was somehow conservative however her mother Ghazala Saigol fully supported her on her life’s decisions. Her parents got separated when she was quite young. One of her uncle Raza Kazim is a prominent lawyer and former Politician of Pakistan while her aunt Nasim Zehra is Paksitani Journalist who covers the current affairs in her prime show.

In 2004 after completing her education she came back to Pakistan and got married to Ahmed Tajik whom she met in a wedding event. However, the marriage didn’t last for long and both parted their ways. She has a son from her first husband. In 2013 Juggan again got married to Feisal H Naqvi and is living a peaceful life. From her second husband she also has a son.

Juggan made her appearance in the showbiz as a model when she was hardly 6 years old. She did many photoshoots for various brands and made a huge fan following. During her stay in America, she also worked there. Juggan was also approached by the Sutherland Models in Toronto. She usually does print modeling. Juggan has also shown in a few music videos that became very popular.

Kazim has done a lot of work as a host and hosted various morning shows and other transmissions. She has worked on many television channels and received a huge acknowledgment and praise. Kazim started hosting her first show after returning to Pakistan and since then she didn’t stop hosting. In 2011 her show ‘Morning with Juggan’ gave her a lot of hype and recognition.