By KhansamaqboolNovember 13, 2017No Comments3 Mins Read 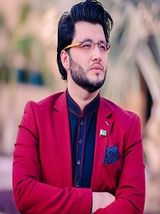 
Javed Afridi is a leading name in the field of cricket who is a chairman of Peshawar Zalmi, Benoni Zalmi and Zalmi Foundation. He is a CEO of a dominant electronic company, Haier Pakistan. Javed is a son of a politician Ayub Afridi while he is a cousin of popular and most loved cricketer Shahid Afridi. Javed Afridi is likewise UNHCR Youth Ambassador. This article has all the information about him, including Javed Afridi Biography and Javed Afridi Family. Javed Afridi is a well known Pakistani Businessman and Entrepreneur who is known as the owner of one of the PSL teams Peshawar Zalmi because of having a deep association with the people of FATA and Peshawar. Javed has garnered huge popularity by contributing a lot in the cricket franchise. He is likewise the CEO of Haier Pakistan. He actively takes part in various social causes. Afridi is indeed an inspiration to many people because of achieving a lot in life at a very young age.

He was born on 14th August 1985 in a town of Khyber Pakhtunkhwa, Bara Khyber.

He has a degree of Masters in Global Management that he obtained from the London School of Economics and Political Science. He is currently doing PHD from the University of Oxford.

He was born into a political family. His father Ayub Afridi is a Pakistani Politician who is associated with Pakistan Tehreek e Insaf and is serving as a member of Senate. His uncle Mirza Muhammad Afridi is likewise a politician who is an independent candidate. His cousin Shahid Afridi doesn’t need an introduction as he is one of the greatest players we have till now. Javed is married and blessed with 2 children.

Javed has achieved a lot in his business career. He took a start in 2005, and today he is an owner of one of the leading companies of Pakistan, Haier that manufactures all kind of electronic accessories including Air Conditioners, Refrigerators, Washing Machines etc. Apart from Haier, he is likewise a CEO of Ruba Company that is likewise an electronic company. He is known as one of the successful businessmen of Pakistan.

Javed has contributed a lot in the cricket field. He owned Peshawar Zalmi in 2016 with ten years of the contract. Apart from PSL, he has sponsored various other tournaments including Haier Super 8 T20 Cup. He is likewise the owner of Benoni Team in South Africa T20 Global League that originated in 2017. Once he announced that whatever we will earn from our team, we will utilize that income in the cricket field by sponsoring more activities.