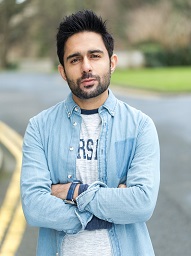 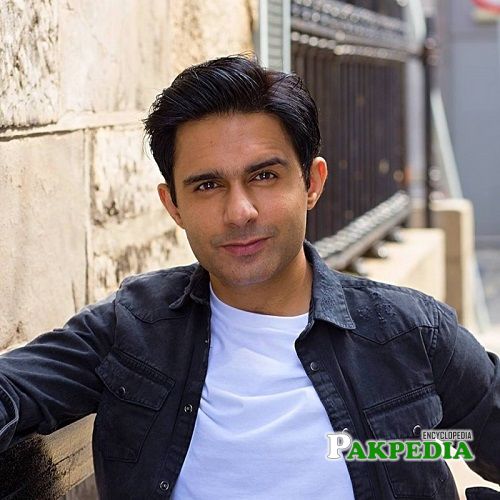 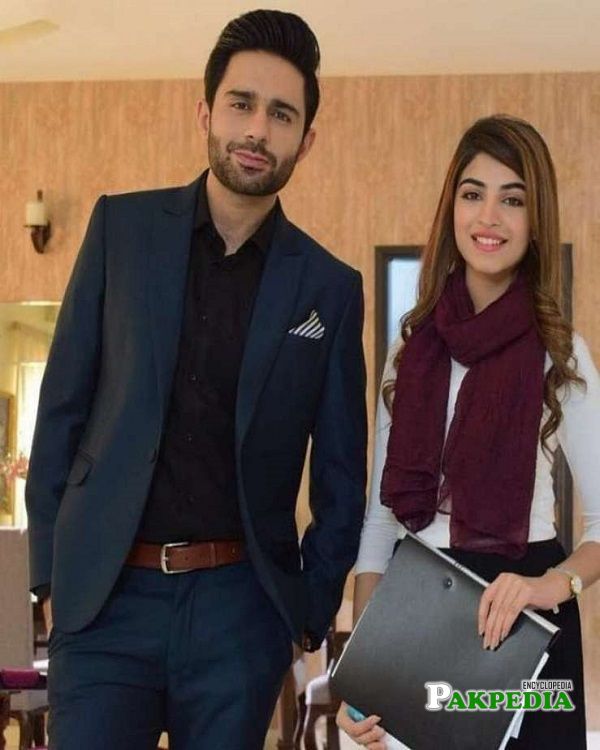 Hamza with Kinza Hashmi on sets of 'Seerat' 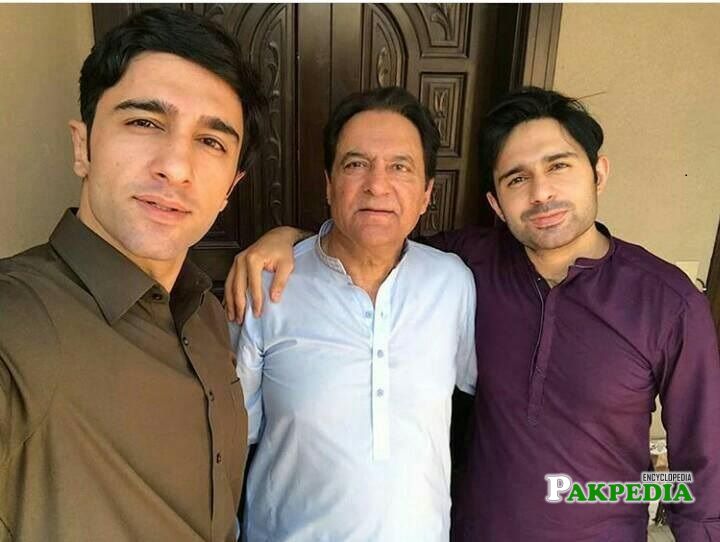 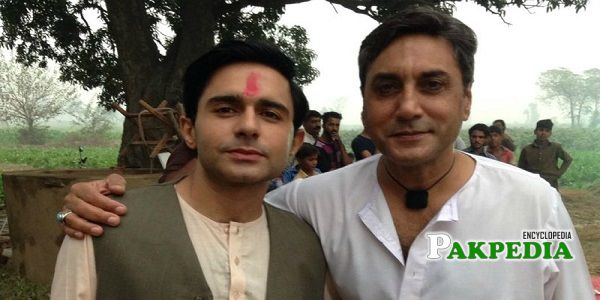 Hamza with Adnan Sidiqui on sets 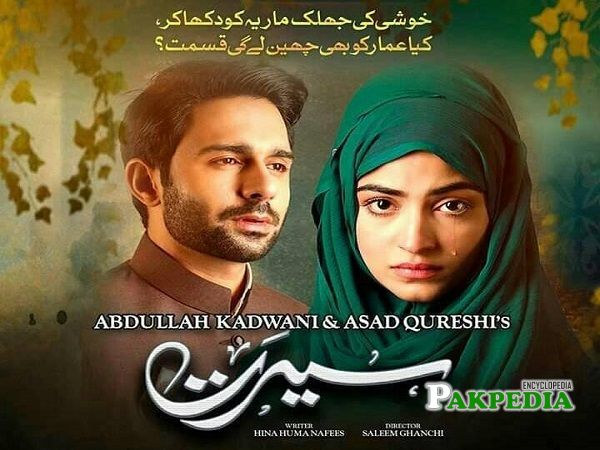 Hamza is a good looking and talented Pakistani Actor, Producer, Director and Writer who in spite of having a well built artistic background has worked extremely hard to get this place in the industry. Before becoming an actor this young guy used to work in a shop as a security guard in Ireland as well as a Financial Analyst for Novartis. His good looks, His talent and his dedication towards his work made it possible for him to earn success and to being recognized everywhere at an early age.

He was born on 9th April 1990 in Lahore where he grew up. Later he went to Dublin, Ireland from where he continued his studies and learned acting from an institute. Currently, he lives in Lahore with his family but often visits Karachi for his work.

After completing his Schooling from Lahore he went to the Islamia College Peshawar from where he did his intermediate. For Bachelors he went to Dublin, Ireland which he attained in Accounting and Finance. He also learned acting from Agni School of Acting, Abbey School of Acting and Momentum Acting Studio in Ireland.

He is a son of one of the versatile and extremely talented Pakistani actors Firdous Jamal who has given a major portion of his life to the Entertainment industry. He is one of the biggest assets whose name and whose services can never go unnoticed. His brother Bilawal Firdous is also in the same field.

Beenish Chohan who is also known as Beenish Chauha

Hira Tareen is a beautiful and self-made Pakistani