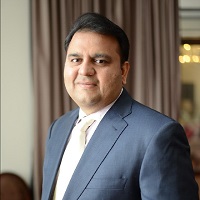 Fawad Chaudhry who is also known as Fawad Ahmed Chaudhry is a Pakistani political figure and is serving at the post of Federal Ministry for Science & Technology since 19th April 2019. Before this ministry, he served as Federal Minister for Information & Broadcasting from 2018-2019.

He is member National Assembly since 2018 and is PTI core committee’s member since 4th June 2019. He also remained part of the federal cabinet of PM Yousuf Raza and PM Raja Parvez as Special-Assistant for information & political affairs respectively from 2012-2013. This article has everything about him, including Fawad Chaudhry Biography. 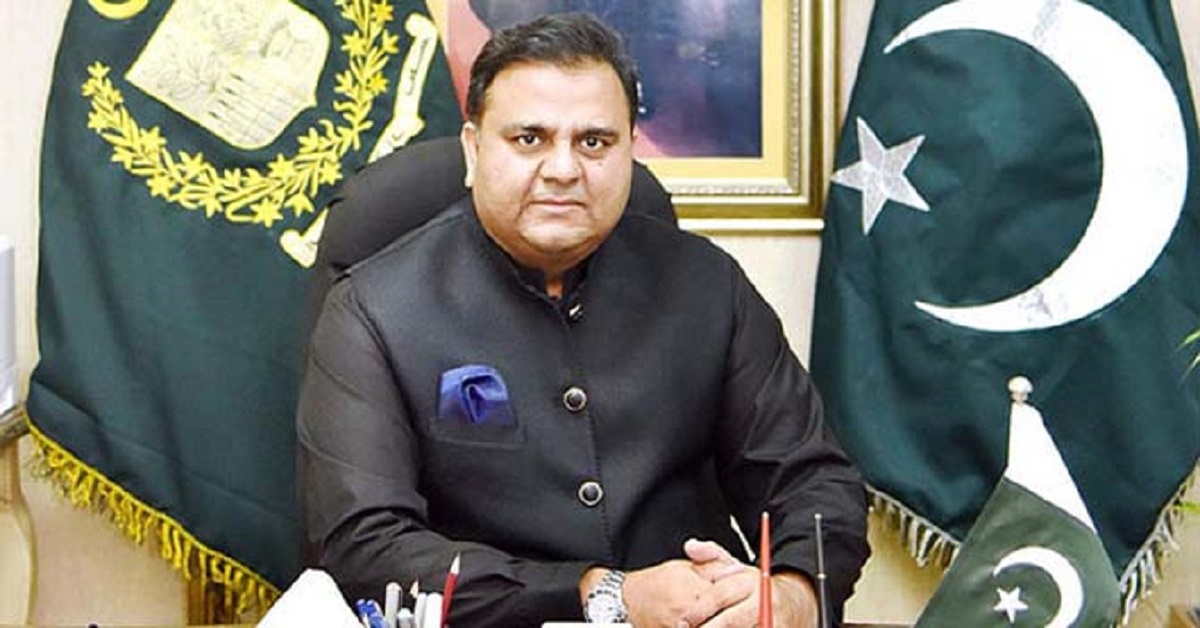 Belonging to a strong political background, Fawad has also held important political positions and is continuing his political career efficiently. Before stepping into politics he was working as an anchorperson, and now, he is a leading member of PTI, before PTI he remained PPP member.

He has served ministries as PTI candidate and did an exceptional work by launching moon-sighting website. For this act, he received criticism from the country’s religious clerics. His jaw-breaking and spicy responses to his opponents keep him popular among PTI voters.

He opened his eyes in Diana, Pakistan on 7th April.

He attended Govt College Lahore and went abroad to pursue higher studies and came back to Pakistan with Barrister degree.

He belongs to a strong political background, his uncle Chaudhary Altaf was also a politician and served as Punjab’s 19th Governor in 1993 and then again 1994-1995. Fawad has two wives Dr Bukhari and Saima Ijaz.

He hosted a program ‘Khabar Key Peche’ on an Urdu News channel ‘Neo News.’ In 2015 he interviewed the founder of a political party ‘Pak Sar Zameen.’ 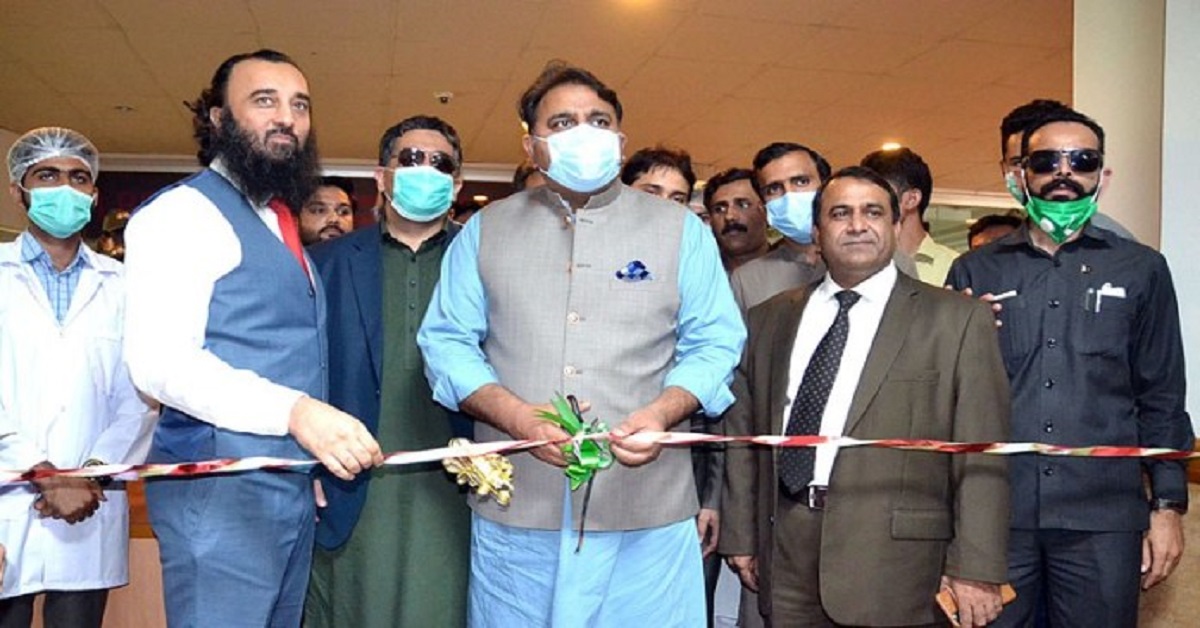 He contested for the seat of Punjab Provincial Assembly as an independent contestant from PP-25 Constituency in Pakistani General Election 2002. He got defeated by Chaudhary Tasneem PML-Q’s candidate by obtaining only Sixty-One votes. At the same time, his opponent received Thirty-Eight thousand six-hundred and twenty-six votes.

In 2012 he parted his ways from APML (All Pakistan Muslim League) and joined PPP (Pakistan People’s Party). He was included into federal cabinet of PM Yousaf Raza and got appointed as Special-Assistant to PM for Information & Political Affairs with the status of State Minister and served at this post until dissolving of the cabinet in 2012.  In July 2010 when Raja Pervez took charge of PM, Chaudhary was again inducted into the federal cabinet.

He contested for National Assembly seat as PML-Q candidate from Constituency NA-63 in General Election 2013 but got defeated by Malik Iqbal by securing 34,072 votes. In that same election, Chaudhary contested for Punjab Provincial Assembly as an independent contestant from PP-24 Constituency but again got defeat. He lost this seat to Muhammad Awais by obtaining Eighty-Two votes.

He joined PTI in 2016 and stood for National Assembly seat on the ticket of PTI from NA-63 Constituency in a by-election that held in 2016, but Nawabzada Raja Matloob defeated him. In November 2016, PTI appointed him as its spokesperson and in March 2018 he got the additional designation of PTI’s Secretary Information after Shafqat Mehmood’s resignation.

In 2018 PTI allocated him a ticket to contest General Election 2018 from NA-67 Constituency. But Election-Tribunal rejected his nomination papers after someone filed a petition stating that he hadn’t paid the Agriculture tax. The Lahore HC (High-Court) allowed him to stood in election 2018 after he filed an appeal against the decision of election tribunal. 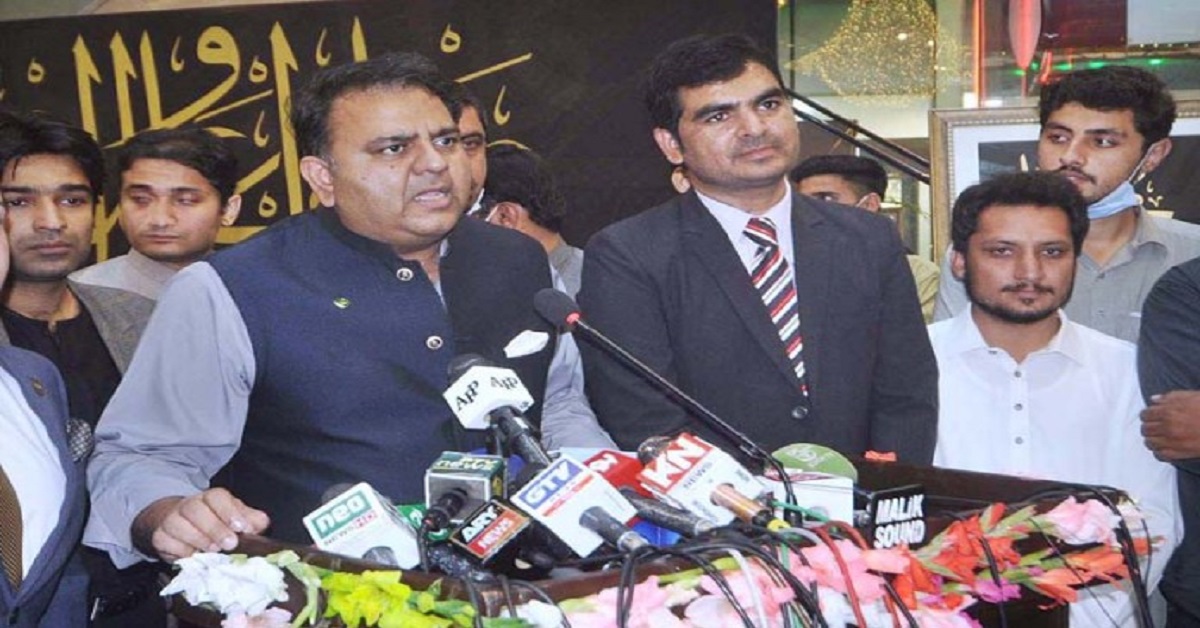 In April 2019 PM Imran Khan reshuffled federal cabinet and removed him from Ministry of Information & Broadcasting. Subsequently, he was designated as Federal Minister for Science & Technology.

In 2019 he launched Pakistan’s 1st official website for moon-sighting and presented 5-year lunar-calendar. This action wasn’t appreciated, and religious clerics strongly criticized it.

In April 2020 he got trolled by active and humorous social media users particularly Twitter users for making silly mistakes in his tweet in which he criticized India.

In his tweet, he wanted to give the message to India that Indian administration lacks humanity, and now due to Corona pandemic and lockdown Indians can feel the pain of Kashmiris who are suffering lockdown because of Indian oppression. But in this tweet, he wrote wrong spellings like ‘India,’ Lockdown,’ and ‘Pandemic.’

Fawad is a lawyer by profession and has no link with science and technology. The public strongly criticized his designation as Minister for Science and Technology; they claimed that he doesn’t have any background knowledge about science affairs and a person qualified and competent in science and technology subjects deserve this ministry. People made and shared many hilarious memes on social networks after her designation. 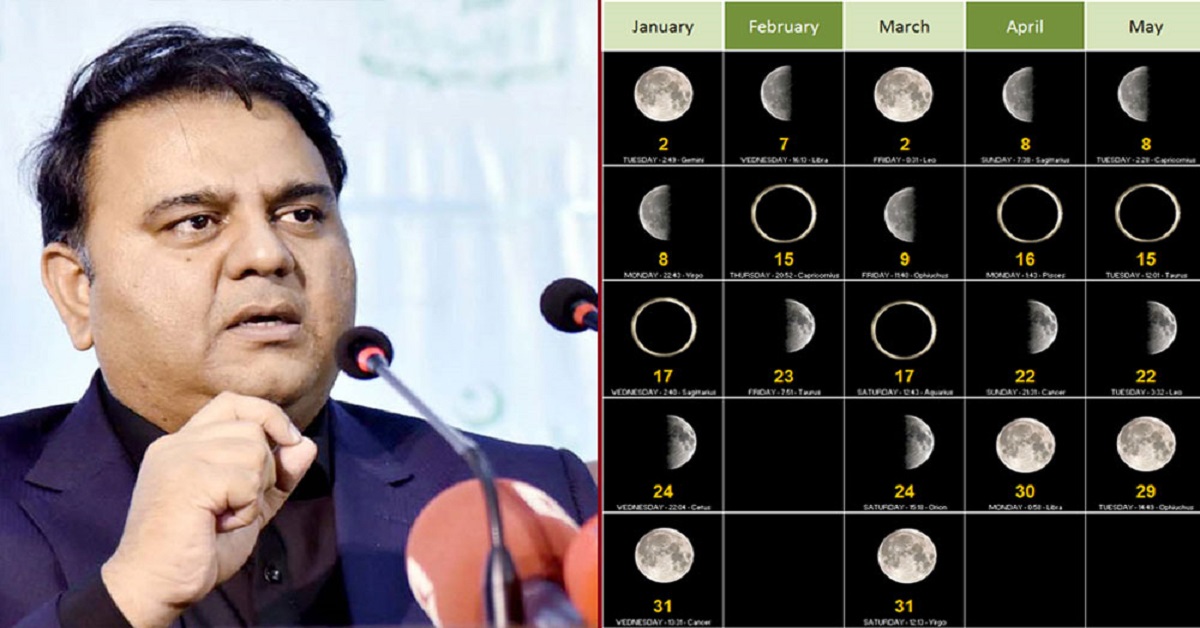 This tweet activated social media users and allowed them to show their humour skills. Some commented that have you obtained money from China? While others posted some funny pictures in reply to his tweet.

Criticism by Chaudhary on Metro Project

He is often seen criticizing the previous government and their projects. Continuing his criticism, he stated that PML-N started the project without making a roadmap and their actions and their consequences were laughable.

He said Gov is paying Rupees seven Billion for Lahore Metro buses and additionally it has to pay Rupees Nine Billion to keep Orange Line-Train on the track. He humorously criticized that Shehbaz could even wish to construct the bridge from NA to London Hyde-Park.

He announced that Govt would launch ‘Certification Services’ for customers and jewellers to verify gold amount used in making the ornaments.

In July 2020 he announced to Pakistani people that in coming three years Pakistan would own its electromagnetic-industry medical industry. He firmly stated that the USA would be a significant client of Pakistan. He appreciated the United States friendship gesture by providing a Hundred ventilators to Pak in the time of Pandemic. Fawad told that Pakistan is also exporting personal-protective equipment and sanitizers to the USA.