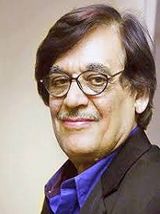 
Farooq Qaiser is one of the iconic names which will be alive forever in the hearts of millions of people. He has contributed a lot in the field of arts for many years. This article contains all the information about Farooq Qaiser biography and Farooq Qaiser career. Did you know that he is a creator of the famous character Uncle Sargam? He is one of the legendary and multi-talented artists we have in the industry since 1970 who has contributed a lot in his field and his work is indeed worth remembering and worth praising. He is a Pakistani artist, Television director, Voice actor, a Journalist, a puppeteer, he has also written columns for the newspaper and a few comic books and has also taught in a college for a few times. He has also performed his duties at the National Institute of Folk and Traditional Heritage, on the board of Governors.

He was born on 31st October 1945 in Lahore, Pakistan where he spent all his life and currently he resides in the same city.

He is a well-educated man with a double degree of Masters’s. After receiving his early education he did graduation in Textile from the National College of Arts, Lahore. Later he completed his masters in Graphic Arts from Bucharest, Romania from where he also got training of puppetry. After almost 20 years he did his double masters in Mass Communication from the University of Southern California, School for Communication and Journalism, United States.

As a Director and Puppeteer

He likewise has also worked at Urdu language, Lahore based daily newspaper Daily Nai Baat where he is was a visual artist and used to make cartoons every day for the paper. He was additionally a paper journalist at the paper, Nai Baat and is famous by his column writing pen name ‘Meethay Karelay’. He educated for quite a while at the Fatima Jinnah Women University in Rawalpindi. He has also written a few comic books.

He was honored with the ‘Pride of Performance Award’ in 1993 by the President of Pakistan for all his contributions and work which he did over the past years. His worth is a masterpiece within itself which will never be forgotten.