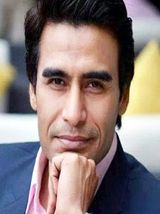 
Farhan Ally Agha is a good looking and senior Pakistani television and film actor who knows how to steal the limelight with his magnificent personality and good looks. He has worked in numerous plays and is known for playing the role of a father on screen. This article has all the information about Farhan Ally, including Farhan Ally Agha Biography and Farhan Ally Agha Dramas. Farhan Ally is a senior and accomplished Pakistani actor who is a part of the Showbiz industry for a long time. Ally joined the industry at a very young age as a model and today after so many years he managed to make his name and won all the battles that came on his way. Farhan is known for portraying the role of Barrister Usman in popular drama serial ‘Yaqeen Ka Safar.’ Ally is married and is blessed with 2 Sons.

He was born on 12th May 1975 in Karachi. Currently, Farhan living in the same city with his family.

Farhan Agha holds the degree of graduation that he obtained from the University of Karachi.