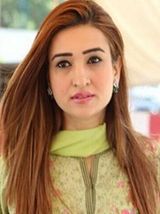 
Bushra Anjum Butt is a dignified and beautiful Pakistani politician who is a member of Pakistan Muslim League N since 2013. In 2013 she was elected to the member of the Provincial Assembly and in 2018 she was reelected on the same post. She is performing her duties with full sincerity and integrity. This article contains a blend of information about her including Bushra Anjum Butt Biography. Bushra is a Pakistani politician who is associated with Pakistan Muslim League N since 2013 and is serving as a member of the Provincial Assembly after winning Pakistan General Elections and has returned to the Assembly for the second time. Her ultimate goal is to utilize this political platform to work towards the enhancement of the educational system of Punjab. She often highlights the major issues redounding in society.

She was born on 17th July 1981 in Lahore where she spent all her life. Currently, she resides in the same city with her family.

She is one of the educated politicians of Pakistan who completed her graduation in 2007. For higher education, she went to Kinnaird College for Women University from where she attained the degree of Masters in English. After completing her education she stepped into politics.