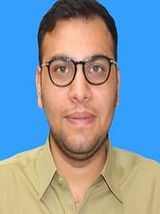 Bilawal Bhutto is a young Pakistani Politician who is currently serving as MPA while being attached to the Balochistan Awami Party and is considered as one of the youngest Parliamentarians of Pakistan. This article contains detailed information about him including Bilawal Afridi Biography. Bilawal hails from Khyber Pakhtunkhwa is the youngest Parliamentarian of Pakistan who is associated with the Balochistan Awami Party and elected as a member of the Provincial Assembly after contesting 2019 Provincial Elections. He is striving hard to make KPK a better place to live in. He is a director of Al-Haj Group of Companies and CEO in Al-Haj Tyres (DoubleStar) and head of interest-free leasing operations.

He holds the degree of Bachelors that he attained from London university.

He belongs to a political family background where his father is likewise a politician who has served as a parliamentary leader during the tenure of Pakistan Muslim League N. His father is also the CEO of Al-Huj tires. A few of his cousins also belongs to the same field. He got married when he was 22 years old and is currently blessed with a kid.

He ran for the seat of the Provincial Assembly in 2019 from constituency PK-106 (Khyber-II) as an independent candidate and gave defeat to his opponent who was the candidate of Pakistan Tehreek e Insaf by receiving 12800 votes. After winning the elections he joined Balochistan Awami Party with the aim and desire of making the country a peaceful, educated and better place. He is paying special attention to the jobless people for bringing in more and more jobs.