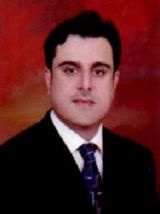 
Bilal Yasin is a Pakistani politician and is currently serving as a member of the Provincial Assembly while being associated with Pakistan Muslim League. He has family terms with the former First Lady of Pakistan Kulsoom Nawaz. This article contains a blend of information about him including Bilal Yasin Biography and Bilal Yasin Family. Bilal is a Pakistani politician and a member of Pakistan Muslim League N since 2002. He served as a Member of the National Assembly likewise Member of Provincial Assembly for a long time with full culpability and nobility. Other than being a part of PMLN he also has family terms with the party members.

He was born on 14th December 1970 in Lahore where he spent all his life. He contested all the Elections from the same city.

He holds the degree of Bachelors in Arts which he attained from the University of Punjab.

He is from the family of Kulsoom Nawaz (who was the first lady of Pakistan and a wife of former Prime Minister Nawaz Sharif). His father Yasin Pehalwan was a cousin of Kulsoom Nawaz.