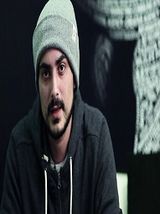 Bilal Lashari is a Young Pakistani film and music director who has also functioned as an actor and writer. After getting a bachelor’s degree in Fine Arts, he started his career and, with only 2 movies, gained a huge fan. One of his brothers is likewise attached to the media industry. Bilal is known for directing one of the blockbuster movies ‘Waar.’ This article has all the information about him, including Bilal Lashari Biography and Bilal Lashari Movies. Bilal is a young and extremely talented Pakistani Director who got a huge appreciation and acknowledgment by directing a few Lollywood movies. He has garnered various Best Director awards for her blockbuster film ‘Waar’ which was also his debut as a Director. At the start of his career, he worked as an Assistant director and directed various music awards. His most anticipated movie, ‘The Legend of Maula Jat,’ is all set to release, which is by far the most expensive movie made in Pakistan. Besides a Director, he is likewise an actor who is seen performing in his own movies.

He was born on 4th August 1984 in Quetta. He has lived abroad for his education. Currently, he is in Karachi.

Lashari did his schooling from Lahore Grammar School. Later he went to LUMS for further education. His passion for Arts led him to Art University Academy in California from where he did a Bachelor of Fine Arts. Soon after completing his degree, he returned to Pakistani and started his professional life as a Director.

Bilal opened his eyes to a Baloch family. His father, Kamran Lashari, served as a Pakistani Beurocrate while his grandfather was a landlord and poet. One of his brothers, Rohail Lashari, is associated with music and worked with a band, and his younger brother Omar Lashari is a Financial Analyst. Bilal is currently single.

Bilal has also worked as an actor. He made his debut as an actor in his film ‘Waar,’ where he portrayed the role of CTG Officer Ali. Later he gave a cameo in another superhit film ‘Jawani Phir Nahi Ani.’

As an Assistant Director