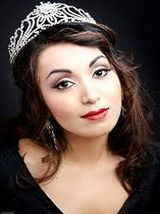 
Batool Cheema is a young fashion icon making her name in modeling. She is popular among Pakistani youth and is a role model for them. Young and fresh face Cheema has brought fame to Pakistan by participating and winning beauty contests at the International level. She owns the skills and talent of product modeling and commercials. Having tall height, silky hair, and unique dressing sense, she is making her fans crazy. This article has all the information about Batool, including Batool Cheema Biography. Since her childhood, she was very curious to reconnoiter world colors, so she got busy in creative and diverse activities from karate to ballet. She desires to dedicate her energy and time to her country and is trying to make a cultural environment for Pakistani youth living in North America. She believes in taking risks and try to be competitive. Being a humanitarian, she actively participates in charity events. Cheema does not fix her goals; instead believes in moving forward and in solving the mysteries of life. For her future life, she is struggling to make the impossible possible.

She was born on 1st January 1984 in Gujrat, Punjab, and grew up in Canada.

Along with a successful modeling career, she has also made her academic record successful. She has studied forensic sciences.

In 2004 she participated in ‘Miss Pakistan World’, which held in Toronto. In 2009 she took part in two international beauty contests. She represented her country in ‘Queen of The World’ 2009, which held in Germany, and in the same year, she competed in ‘Miss Friendship International’ held in China.

She did photoshoots for notable photography studios ‘Salon’ and Age Studio’ in Canada. She was featured in many South Asian magazines and appeared in 2006 on the cover page of ‘Miss Pakistan World’ magazine.