Bano Qudsia was a Pakistani playwright, intellectual, spiritualist, and writer who wrote about 27 novels, collections of stories, and several plays for TV and radio. Her primary reference in fiction is ‘Raja Gadh’ because a new style of literature was born in Pakistan. The novel also contributed to her global fame. When a global encyclopedia was compiled in the United States covering local literature from all over the world, it contained only two names of Urdu literature, one of which was ‘Bano Qudsia.’ This article has all the information about Qudsia, including Bano Qudsia Biography. 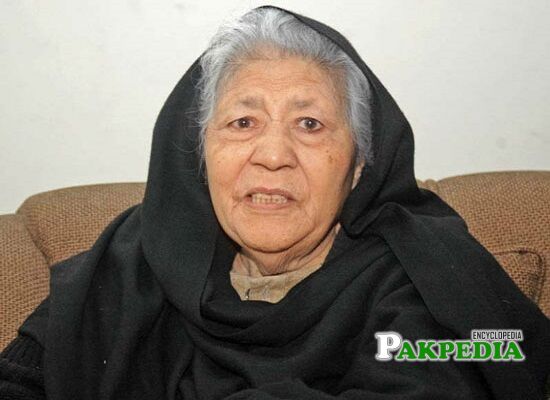 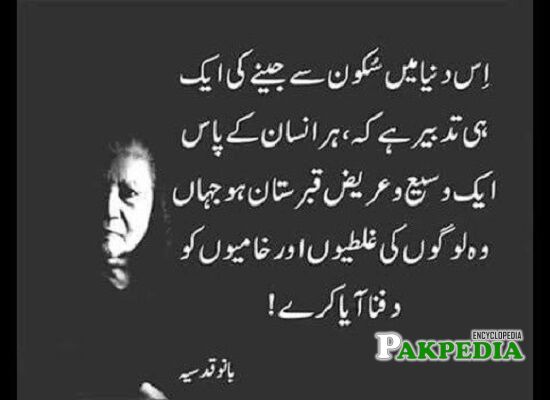 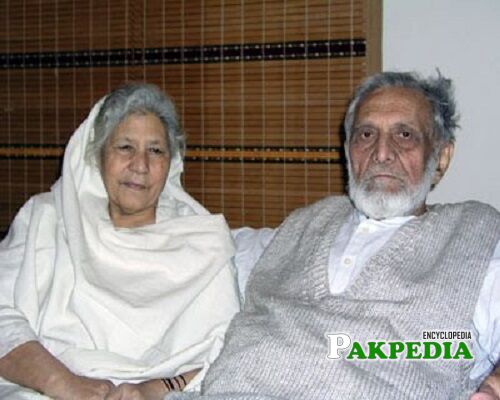 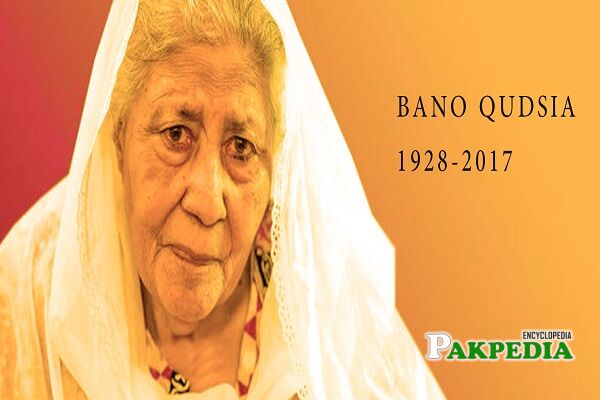 She was born in a landlord family of Ferozepur on November 28, 1928. Later she moved to Lahore and till her death lived there.

She used to write plays for her school events as a student. But she did not start writing regularly apart from these school plays. Partition riots broke out when she was studying at Kinnaird College, Lahore. When her family migrated from Gordaspor to Lahore after independence, her BA result had come. She enrolled in Government College, Lahore, for MA in Urdu in 1967.

In Government College Lahore, well-known writer Ashfaq Ahmed was her classmate. By that time, he made his mark in the world of literature. When he saw the creativity in Bano he encouraged her to start writing regularly. She started writing in 1947 after independence. Migration from Gurdaspur to Pakistan had a profound effect on her mind.

When television came to the country, she started writing for it. She have shown her skills on radio and TV for more than half a century. Her first drama serial on TV was ‘Sudhraan.’ Qudsia’s experience of writing in Punjabi dates back to the time of the radio. She wrote on the radio until 1965, then TV kept her very busy. Qudsia has written several TV serials and long dramas, including ‘Dhoop Jalli,’ ‘Khana Badosh,’ ‘Klu,’ and ‘Piya Nam Ka Diya.’ Her drama ‘Aadhi Baat’ got the status of a classic.

She appeared in Urdu literature when Urdu fiction reached some milestones in its artistic evolution. When her novel ‘Wamandgi Shoq’ published in the monthly ‘Adab Latif,’ it announced the rise of a new star in the sky of fiction. One of the reasons this novel attracted so much readers’ attention was that it was written by a girl who was an MA (Urdu) student.

Her real fame and literary position came from her novel ‘Raja Gidh.’ The novel published in 1981. Raja Gadh is one of the prominent and best novels in Urdu literature. The eternal characters of Qayyum, Aftab, and Sami still inform the readers about the difference between halal and haraam, madness, and the implications of haraam. Raja Gidh became so popular with readers that fourteen editions have been published so far.

In addition to Raja Gidh, many of her novels, dramas, and fictions, have gained a unique place and accepted status in the higher literature. ‘Hasil Ghat,’ ‘Mard Abraisham,’ ‘Foot Path Ki Ghaas,’ ‘Parvah,’ ‘Moum Ke Galiyan,’ ‘Amber Bail’ are her famous works.

Famous writer, wife of eminent intellectual Ashfaq Ahmed, and prominent novelist Apa bano passed away on February 4, 2017, at the age of 88 years. She has made a permanent place in the hearts of her loved ones with her writings.