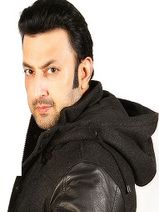 
Babar Ali is a senior Pakistani television and film actor who is considered one of the finest actors in the 1990s. He has worked in many films and dramas and has proved his versatility by accepting challenging roles. Babar has once hosted a morning show. He is a recipient of Nigar Award. This article has all the information about Ali, including Babar Ali Biography and Babar Ali Dramas. Babar is one of the senior and accomplished Pakistani television and film actor. He is known to be one of the splendid actors of Lollywood who has acted in numerous movies to date. He has likewise acted in numerous dramas and has succeeded in grabbing enough fan following. Babar started this beautiful journey of Showbiz in the early 1990s, and still today, people love to see him on the screen. He is a recipient of Nigar Award that he received in 2000 for his amazing performance in Lollywood. Babar has also hosted a Morning show ‘Morning with Babar Ali’ in the past.

Babar was born on 30th June 1975 in Karachi. Currently, he is residing in the same place.

He is a student of Graduate that he obtained from Karachi.

Babar hasn’t revealed his family details to media, but none of his family members is associated with the Showbiz Industry. He is married and blessed with 3 children.