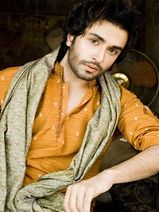 
Azfar Rehman is an accomplished and handsome actor who is considered to be one of the superstars of the Entertainment Industry. He has worked in a number of dramas and movies. This article contains all the information about Azfar, including Azfar Rehman Biography and Azfar Rehman Family. Did you know that he made his debut in 2007 in a drama serial ‘Kaisa Ye Junoon’? Azfar is a dedicated and handsome Pakistani actor, a Model, and a Host who is a part of the Showbiz Industry since 2006. He was born in a Shia, Muslim family and belonged to a Kashmiri background. Azfar’s attitude and his perfect sense of humor and his chocolaty look make him a perfect hero. He has achieved heights of success by working really hard, and today he is considered to be one of the most versatile actors of Pakistan. Azfar is also known as Mohammad Azfar in the Showbiz.

He was born on 7th June 1984 to a Kashmiri family in Karachi. Azfar still resides in the same city along with his family.

Azfar has a degree of bachelors that he got from his birth city, Karachi.

Azfar belongs to a Kashmiri family who got married on 29th January 2017 in a private family event. His wife Fiya Sheikh doesn’t belong to Showbiz Industry and never shown on media with her husband. Azfar shares a solid bond with 2 of her celebrity friends, including Ayesha Omar and Mehwish Hayat, who are an asset of the Showbiz Industry. Apart from that, he has never revealed his personal things to the media.

He started his career as a Model; due to his looks, Azfar soon got a chance to work with many well known and international brands. He has worked with many prominent designers, including HSY, Khaadi, Nomi Ansari, Deepak Perwani, Amir Adnan, and many others. He has walked on the ramp several times with other television celebrities and has also been on the cover of different magazines.