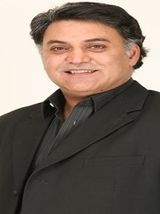 
Asif Raza Mir is a well-known name in the Pakistani showbiz industry. He ruled the hearts of his viewers for a long time. Calm Accenture and facial expressions are the features of his acting. Now one of his son Ahad Raza Mir has become the center of attention with her versatile acting. This article has all the information about Asif, including Asif Raza Mir Biography and Asif Raza Mir Family. Asif Raza is a valuable asset to our showbiz industry. In his youth period, he made his mark in the showbiz industry as an actor, and now he is serving the industry as a senior producer. The skill of keeping yourself fit at all ages can be learned from Asif. His demand for mature roles is still high. He is living a happy marital life. He knows very well how to keep a balance between his married life and his work. Mir is also running a TV production house, A and B entertainment in Pakistan. In addition to working in the field of acting, he is also running a business. But he admits that he fails to balance between business life and showbiz life.

Asif was born on 26th September 1959 in Karachi. Asif has lived in Canada for a long time where he likewise did business. He used to come back to Pakistan for shooting. Currently, Mir is residing in Karachi with his family.

Asif Raza is the son of Raza Mir, who was a film director. The cinematography of 1st Pakistani flick ‘Teri Yad’ was also done by Raza Mir. Asif ‘s spouse Samra Mir is an ideal wife and mother. The couple has two sons Ahad and Adnan. Ahad Raza Mir has also adopted the profession of acting. In A Hum TV drama, ‘Sammi’ Ahad did a supporting role, which proved to be a boost to Ahad’s acting career. Like his father, Ahad is ruling the hearts of his viewers. He was awarded ‘Betty Mitchell Award’ for his outstanding performance in a Canadian play ‘Hamlet’. Asif’s daughter in law Sajal Ali doesn’t need any introduction. She is indeed one of the most cherished celebrities of Pakistan.