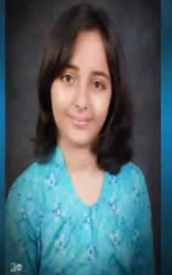 
Arfa Abdul Karim Randhawa  was a Pakistani student and computer prodigy who, in 2004 at the age of nine, became the youngest Microsoft Certified Professional (MCP). She kept the title until 2008. Arfa represented Pakistan on various international forums including the TechEd Developers Conference. 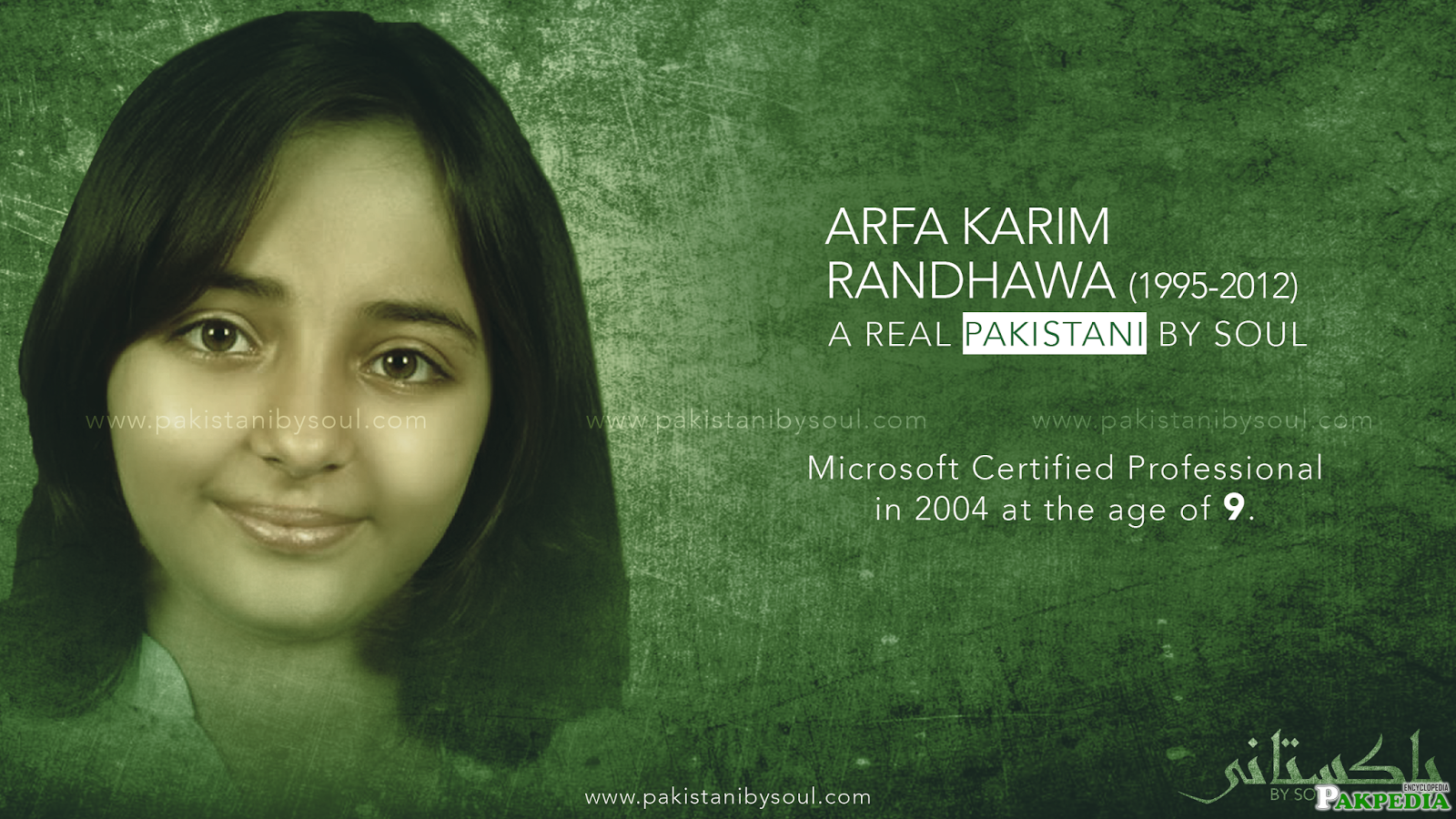 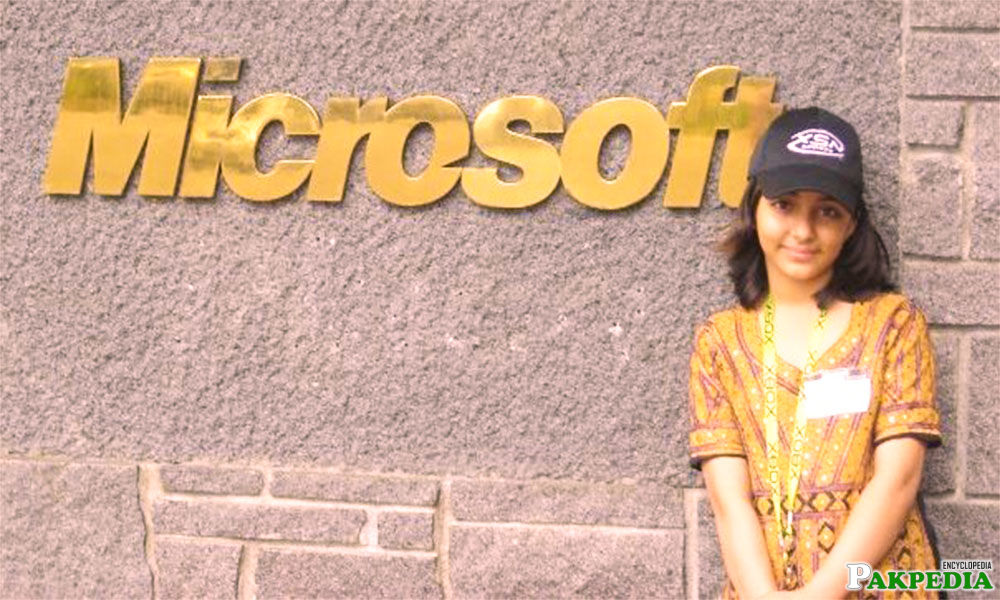 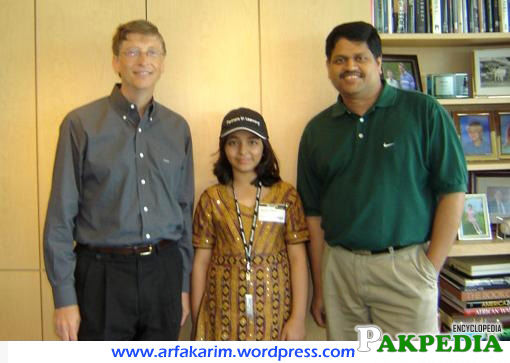 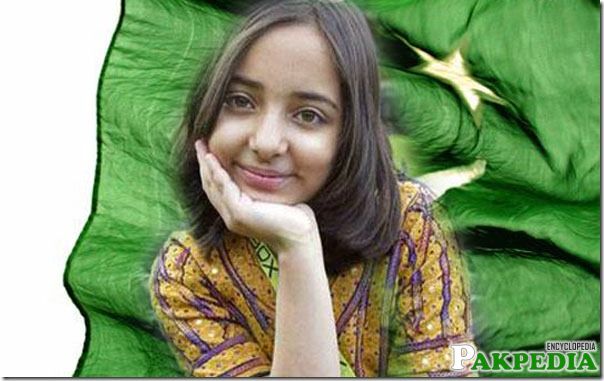 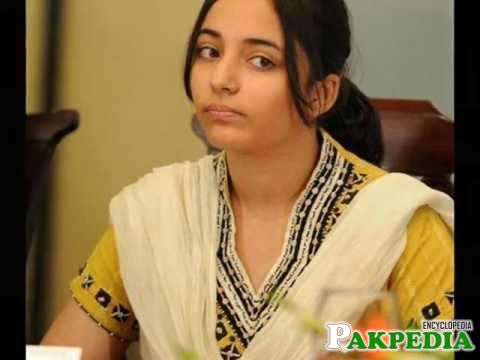 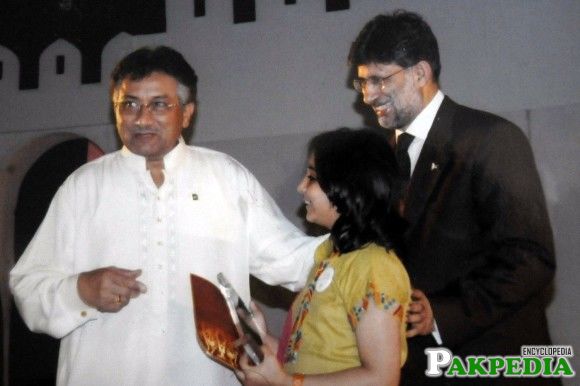 Arfa Abdul Karim Randhawa (Urdu: ارفع کریم رندھاوا‎‎  , 2 February 1995  14 January 2012) was a Pakistani student and computer prodigy who, in 2004 at the age of nine, became the youngest Microsoft Certified Professional (MCP). She kept the title until 2008. Arfa represented Pakistan on various international forums including the TechEd Developers Conference. She also received the President's Award for Pride of Performance in 2005. A science park in Lahore, the Arfa Software Technology Park, was named after herShe was invited by Bill Gates to visit Microsoft Headquarters in the United States. She died on 14 January 2012, aged 16, following a cardiac arrest. [1]  Arfa Karim funeral prayers offered 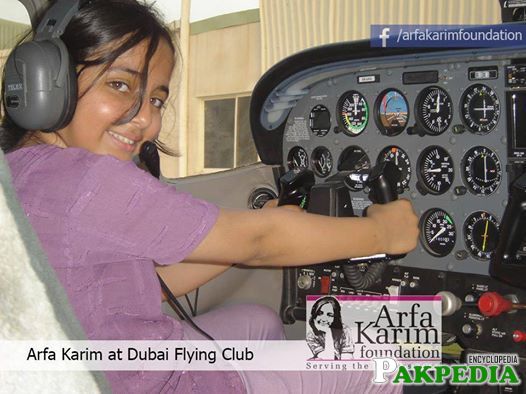 Arfa was born into a Punjabi family of Randhawa clan of Jat from the village of Chak No. 4JB Ram Dewali in Faisalabad, Punjab, Pakistan. After returning to Pakistan from a visit to Microsoft headquarters, Arfa gave numerous television and newspaper interviews. S. Somasegar, the vice president of Microsoft's Software Development Division, wrote about her in his blog. On 2 August 2005, Arfa was presented the Fatimah Jinnah Gold Medal in the field of Science and Technology by the then Prime Minister of Pakistan Shaukat Aziz on the occasion of the 113th anniversary of the birth of . She also received the Salaam Pakistan Youth Award again in August 2005 from the President of Pakistan. Arfa is also the recipient of the President's Award for Pride of Performance in 2005, a civil award usually granted to people who have shown excellence in their respective fields over a long period of time. She is the youngest recipient of this award. Arfa was made brand ambassador for Pakistan Telecommunication Company's 3G Wireless Broadband service, "EVO", in January 2010. [2]  Arfa Karim passes away in Lahore 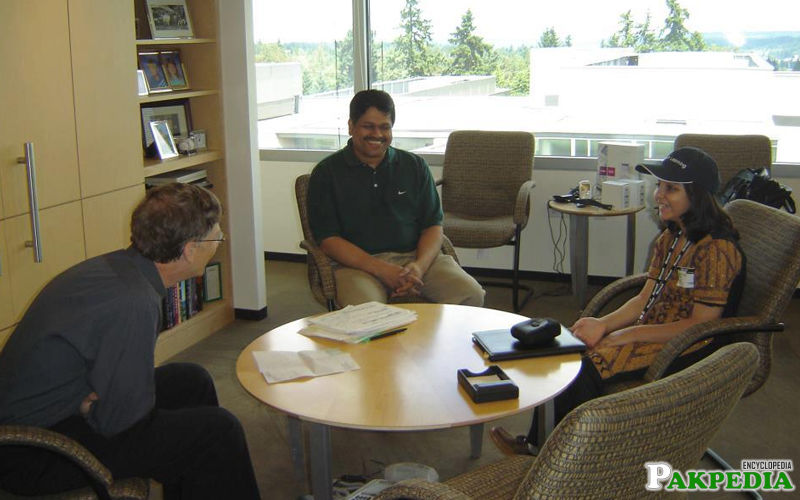 Arfa represented Pakistan on various international forums, and was invited by the Pakistan Information Technology Professionals Forum for a stay of two weeks in Dubai. A dinner reception was hosted for her there, which was attended by the dignitaries of Dubai including the Ambassador of Pakistan. During that trip, Arfa was presented with various awards and gifts including a laptop. In November 2006, Arfa attended the Tech-Ed Developers conference themed Get ahead of the game held in Barcelona on an invitation from Microsoft. She was the only Pakistani among over 5000 developers in that conference. Other people who have beaten Arfa Karims record