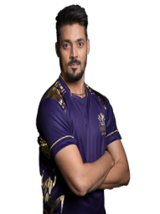 
Anwar Ali is a Pakistani all-rounder, he bowls Fast-Medium and can move both new and old balls. He became famous after his excellent bowling performance in the Under-19 World-Cup final against India in 2006 and helped Pakistan winning the tournament. Anwar then called on the national side in 2008. He has played in the limited-overs cricket for Pakistan and has got some tremendous match-winning performances. This article has all the information about Ali, including Anwar Ali Biography. Anwar has played for Pakistan as a bowling all-rounder. He is capable of hitting the ball big and can stay at the crease for a long when needed. So far, he has featured in 22 One Day Internationals for Pakistan and has taken 18 Wickets. His best bowling figures in ODIs are three wickets for 66 runs. Anwar has made 321 runs with the bat at an average of 29.18. He has also made several T20 appearances. In his 16 matches, he has dismissed ten batsmen averaging 36.70 with the ball. He has also made 109 runs in 11 T20 innings for the national team along with the ball.

He was born on 25th November 1987 in Swat, KPK. Currently, Anwar is a resident of the same city.

He hails from Swat and originates from a Gujjar family. Anwar’s family migrated to Karachi during his young age. Currently, he is settled at Karachi and has got married too.

Anwar started playing professional cricket from 2006. He played for Pakistan under-19 in the Under-19 WC 2006 and played a vital role in Pakistan’s win. He also started his List-A career and represented Karachi Zebras XI. His all-round performances helped him play regular cricket. Anwar made his first-class debut in the year 2007. And after just one year, he got the call as an international player for Pakistan.

Due to his hard-hitting abilities and excellent bowling skills, Anwar has been playing plenty of T20 Cricket by playing for Quetta Gladiators in the Pakistan Super League. He has also represented Rangpur Riders in Bangladesh Premier League.