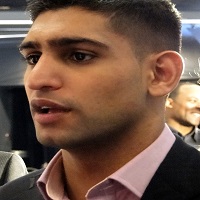 Amir Khan Boxer is a British Pakistani professional boxer, philanthropist, and promoter who holds all titles from the sanctioning organization such as WBA, WBC, IBA, and WBO and is a former world champion of light-welterweight. He has titled in WBA from 2009 to 2012, and in IBF in 2011.

In August, the Borex website has ranked him on ninth in the world in active welterweight. During 2007-08, he carried the title of Commonwealth lightweight at the regional level. Being a boxer, he has a charitable trust named as Amir Khan Foundation. Moreover, he is the owner of Khan Promotions and is running Amir Khan Academy in Pakistan.

Currently, Super Boxing League is co-owned by him. He has seen as celebrity and appeared in a few television reality shows and game shows: “I’m a Celebrity… Get Me Out of Here” and paid the highest ever contestant. This article has everything about him, including Amir Khan Boxer Biography.

Amir is an aggressive fighter famous for his quick punches and overtakes the opponent, who appeared in 39 professional fights and won 34. He knocked out the opponent in 21 contests, lost five battles, and won by the decision. Moreover, he is not for his philanthropist activities. He is running various charity Foundations and has earned huge fame by doing so.

He was born in Bolton, Greater Manchester, England, on 8 December 1986.

He got his early education at Smithills School in Bolton. He got the degree of two year diploma in sports from his country.

His family roots from Rajputs of Motore village of Kahuta Tehsil of Rawalpindi, Punjab. He has two sisters and a brother named Haroon Khan, who is also a professional boxer.

His cousin Sajid Mahmood has played international cricket for England as a fast bowler. Amir is married to Faryal Makhdoom (May 2013), and they have two daughters.

Amir started boxing at the age of 11 with achievements of three titles throughout his institution, three in England amateur boxing and a gold medal at the 2003 Olympic. He also participated in European Student Championships in Lithuania, where he got a gold medal at the start of 2004.

In the same year, after struggling with five fights in seven days in South Korea and won a world junior lightweight title after fighting, one of his memorable amateur fights against Victor Ortíz knocked him out in a second-round with an amateur record of 101-9. 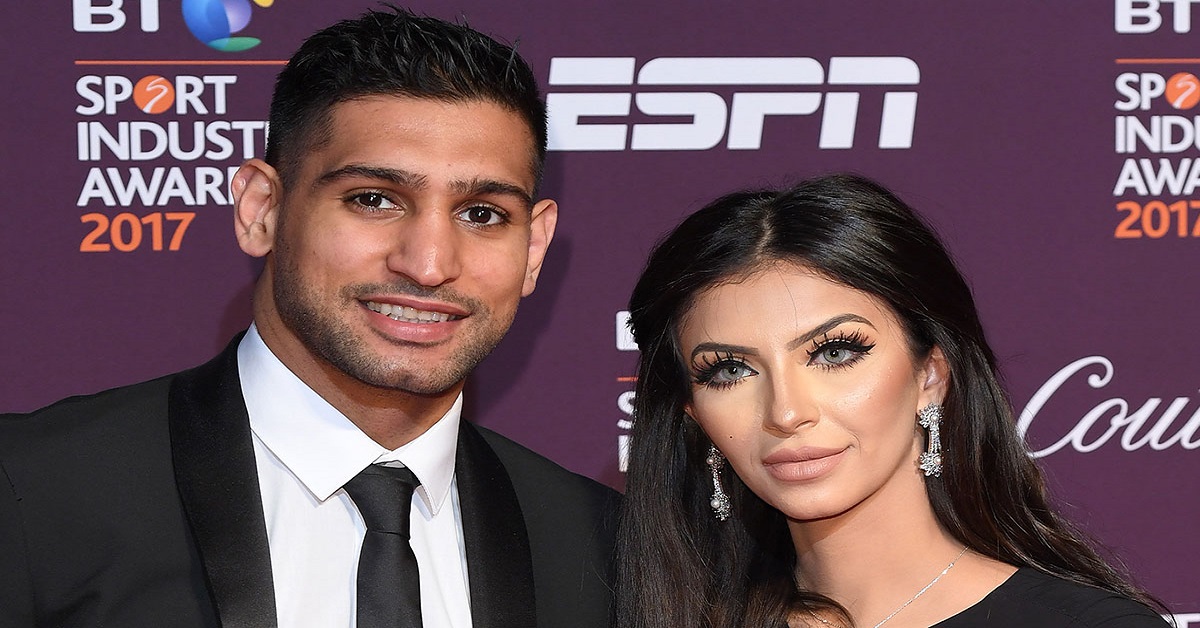 Young fighter knocked many boxers to get the first position in the 1st AIBA European 2004 Olympic Qualifying Tournament and qualified for the 2004 summer Olympics. He won the silver medal in boxing at the Athens Games at 17 in the lightweight boxing category.

In July 2005, he started professional boxing with debut fight against David Bailey and about 7 million viewers of this fight on ITV in 2006. He defeated Willie Limond at the O2 Arena in Commonwealth lightweight champion and got a first regional title on 14 July 2007.

Amir was downed in the sixth round and returned to made opponent knockdown in eight-round due to jaw damage and a broken nose. On 2 February 2008, his Opponent was replaced by Gairy St. Clair instead of fighting with Martin Kristjansen at Excel Arena, and it was his first fight led to twelve rounds.

He won with scores of 120–108 by the decision of three judges. Amir knocked out Kristjansen by forcibly technical knocked (TKO), and floored him thrice, and this victory made him number one contender for the WBO lightweight title.

After this fight, the trainer of Amir Oliver Harrison in 17 contests separated his path and blamed his increasing social engagements, which affected his preparation. Therefore, he took the services of world champions Lloyd Honeyghan, and Duke McKenzie until the permanent trainer was finalized.

In June, he came to Birmingham at National Indoor Arena and fought against the Irishman Michael Gomez. He got the technical knockout victory. In the first round, he knocked him down twice, and in the fifth round, he was signaled as a victory man. 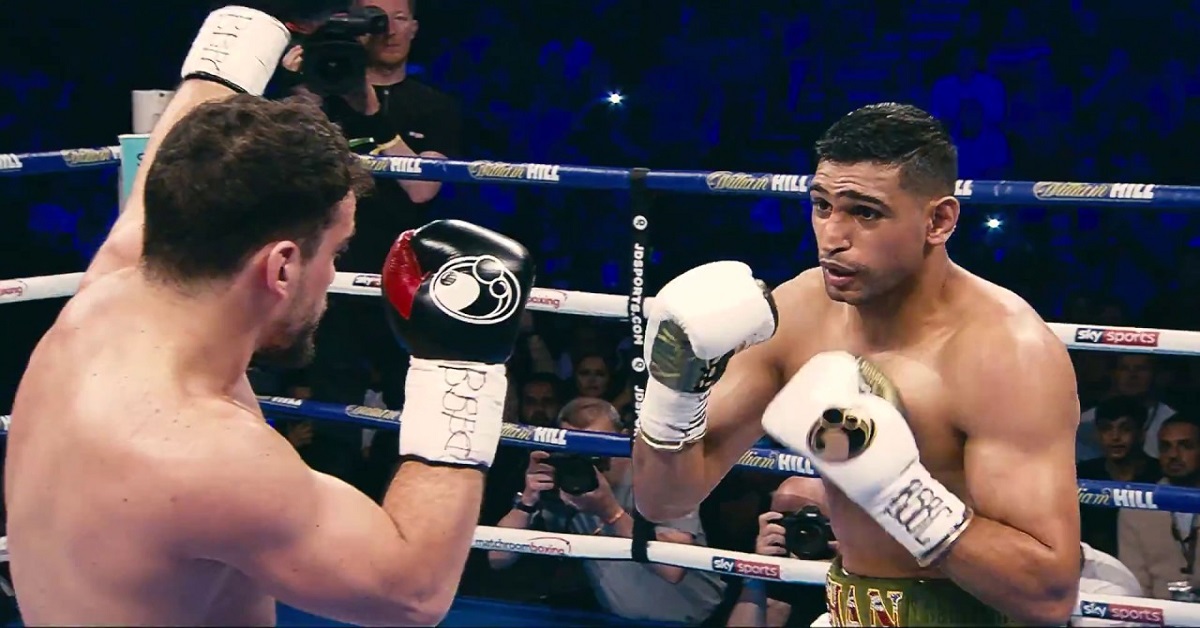 Jorge Rubio joined Amir as a new trainer, and the lightweight Breidis Prescott was his next target, but still, he was more favorable for his 17 knockouts out of 19 fights. The fight was held on 6 September 2008 at the Manchester Evening News Arena, and it was a debut of Amir in Sky Box Office.

The fight began with Prescott quick shots of jab punches on his forehead, he tired with defense and came to fire with left and right head hooks that damaged him. Moreover, Prescott again returned by stoppage forcibly and downed him again, so the bout called off 55 seconds. The defeat sided Rubio and replaced by Freddie Roach, and the next opponent was Oisin Fagan.

He knocked him in the second round, and Fagan had got fractures. Amir also defeated Barrera, and the fight went to the fifth round with a cut on Barrera’s head, and the ring doctor advised to stooped fight, and he won through the technical decision by judging their scorecard, and he was ahead twice.

On 8 April 2008, at the age of 22, his level was upgraded to the light-welterweight division to fight Andreas Kotelnik to get WBA light-welterweight title on 18 July. In this fight, Kotelnik got defeat with 120–108, 118–111, and 118–111 by decision. Amir titled the third youngster who wins the world title at a young age.

The fight between him and Dmitry Salita was confirmed by Frank Warren on 6 October 2009. The debate emerged with the public on the name of religion because he being a Muslim, was going to fight with Jewish Dmitry Salita. However, both fighters rejected the religious scenario made by the public.

On 5 December, Salita got his first defeat with Amir’s 76 seconds, and Salita was floored down by him in the first round three times and first known was in 10 seconds after the fight. He won by technical knockout. Amir fought against Malignaggi, and the fight went for 1 minute and 25 seconds of eleven rounds by the speedy punches and combination of jabs. 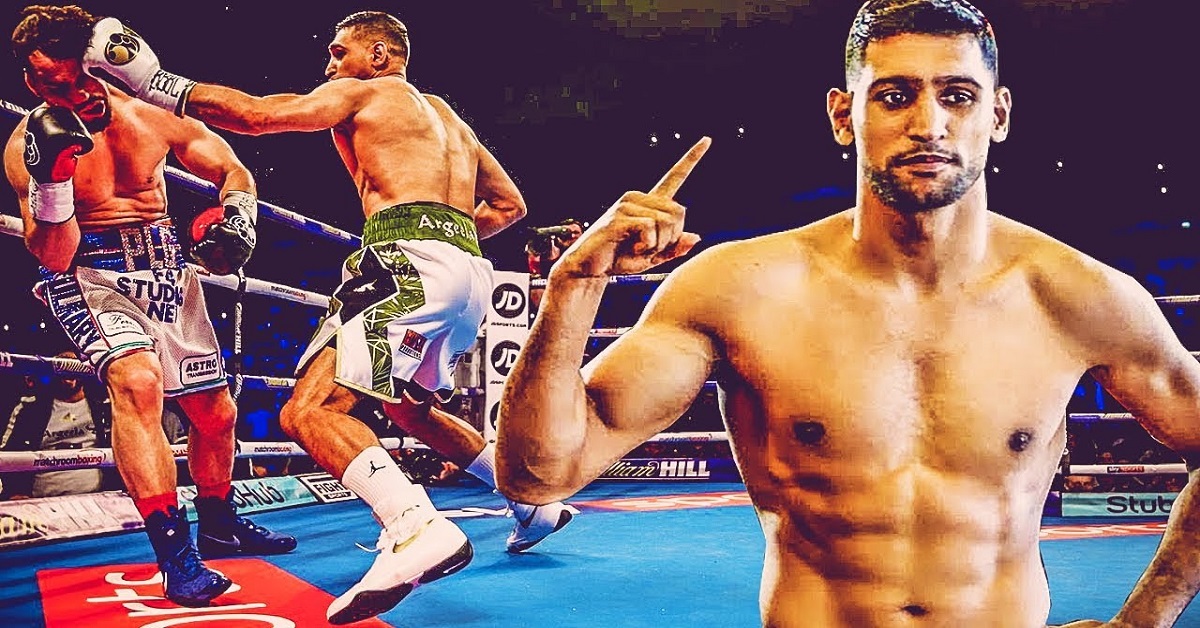 In 2016, he moved up from welterweight to middleweight to fight Canelo Alvarez (46–1–1, 32 KOs). On 7 May 2016, at the new T-mobile Arena, the fight was held. Alvarez got the victory in the sixth round by knocking him down. After completing twelve rounds, Alvarez ahead with 64 down and 170 punches while Amir with 48 and 166 punches.

Amir is involved in charity work since 2004 when he raised funds for the 2004 Indian Ocean tsunami, and the same year, he came to visit food camps of the Kashmir earthquake in Pakistan. He involves child protection social work also promoted safety for the child in the British.

In 2015, he was awarded an honorary degree from the University of Bolton for his social work for support and charity. 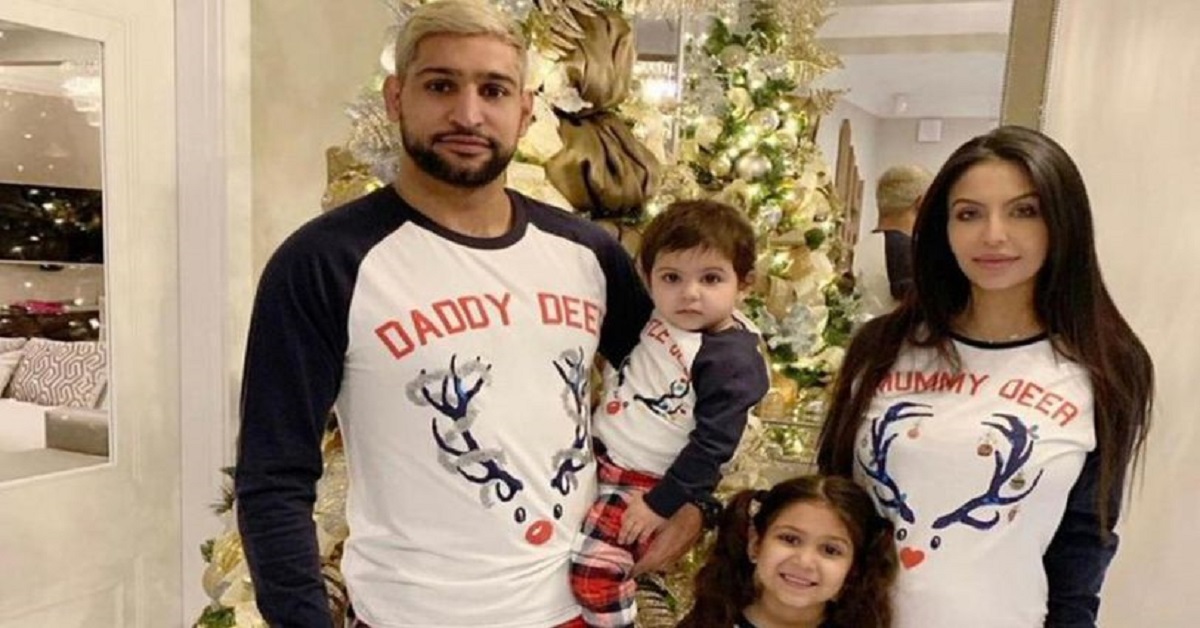 Amir was the nominee of the year for the Laureus World Sports Award. He named prospect of the year 2007 in ESPN. During his victory against Marcos Maidana, he was awarded a fight of the year, given by the Boxing Writers Association of America in 2010.

When Amir defeated Zab Judah, he became the nominee in the BBC Sports Personality of the Year 2011. At British Muslim awards, he Nominated best at sport in 2013. Moreover, the president of Pakistan awarded him Pride of Performance.