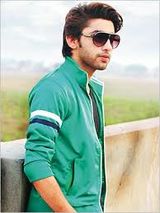 
Amanat Ali is a Pakistani actor, songwriter, and singer. He is a protean singer with different singing styles and never sticks to one music genre. During his performances in the Indian singing show, he got flattering remarks and was considered as a versatile and multiskilled singer. He hides a music composer inside himself. He married in 2017 with one of his fans Sara Manzoor, and the couple is living a blissful life. This article has all the information about Amanat, including Amanat Ali Biography and Amanat Ali Family. Ali is a singer with an amazing and pleasing personality and is amazingly carrying out his family’s musical traditions. For music, he drew inspiration from legendary singers ‘Nusrat Fateh Ali Khan,’ ‘Sonu Nigam,’ and ‘Latta Mangehsker.’ Luckily he got an opportunity to perform in front of the king of  Qawwali Nusrat Fateh Ali Khan, who gave him 500 rupees as a token of love and blessings. He can play ten musical instruments, including guitar, drums, harmonium, tabla, piano, dholak, keyboard, percussions, pakhawaj, and congo drums.

He was born on 10th October 1987 in Pakistan’s 3rd largest city Faisalabad.

His father started training him in music when he (Amanat) was six only. His uncle,  known as a Noha Khuwan, also trained him, and other family members gave classical music training. He completed his education from Lahore’s Beacon House School.

At the age of 16, he arranged a musical program for his school, and for his headmistress’s marriage ceremony, he arranged a musical concert.  He started his musical career professionally in 2006 by performing as a lead musician with Mikal Hassan’s band. For working with this band, he moved from his hometown Faisalabad to Lahore. His parents had an objection to his decision as they wanted him to focus on studies and assured him to give financial support in the future for his debut performance. But he refused and decided to do something on his own.

In 2007 he appeared as a contestant of an Indian singing show ‘Sa Re Ga Ma Pa’ and secured the third position in this show. This show provided him with an opportunity to work with legendary artists and introduced him to the Pakistani music industry.

Collaboration With the Young Talent

He is of the view that social media promotes Pakistani music. His song ‘Naina Laagay’ received accolades on social media, and his co-songster Maria Meer earned immense fame overnight. This collaboration gained much importance on social networks. Maria is a talented singer with a melodious voice, but the judging panel of Pakistan Idol rejected her. After watching her performance, Amanat decided to help her in polishing her skills and gave her a chance to sing.

He was also part of the judging panel in Pakistani music show ‘Voice of Pakistan.’

He has been featured on many soundtracks for several Television programs, including ‘Dil Koo Manaana Aya Nahin,’ ‘Raaju Rocket,’ ‘Ishq Sumandar,’ and Sham.’

He sang for Bollywood movie ‘Bal Ganesh,’ Bappi Lahiri was the music director of this film. He also gave his voice to the film ‘Junoon’ by K.C Bokadia. For the Indian movie ‘Dostana’ he sang the song ‘Khabar Nahin.’ Besides this, he performed at the opening ceremony of a concert with the name ‘Unforgettable’ attended by many Bollywood stars including Bachan family, and Pretty Zinta.

Amanat, along with his musical gang, carried out many concerts on national and international levels. In 2008 he made his 1st international tour with legendary singers Richa Sharma, Kailash Khair, and Atif Aslam. During 2008-2009 he made solo tours to the USA and Canada. He is a famous and eminent music artist in India, Norway, and the UAE. In 2008 he participated in a concert ‘Summer Beats’ with musicians ‘Maulie’ and ‘Emon.’ To raise funds for cancer patients, he participated in a concert in Japan in 2016.