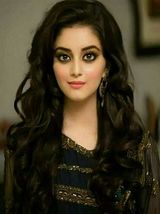 
Alizeh Shah is a new sensational and stunning television and film actress and model of Pakistan who is undoubtedly a new crush in the town. Her beauty and her innocence have made everyone fallen for her within no time. This article contains detailed information about her, including Alizeh Shah Biography and Alizeh Shah Dramas. A young talented and an alluring girl who hails from Karachi is a new and indeed remarkable addition to the Showbiz industry and is ruling the television screens these days. Though she has recently appeared on the small screen yet, she was chosen for a shoot for a brand when she was hardly 5 or 6 years old. She rumored to be dating Noman Sami, who is likewise a Pakistani actor and model. She has a fatal mixture of beauty and talent, which became a reason for her popularity in a short time.

She was born on 9th June 2002 in Karachi, where she grew up. Currently, she resides in the same city with her family.

Even though Her career in the showbiz industry has just begun, but she has already done many photoshoots. She was the face of Alkaram Studio’s MAK collection. In this photoshoot, she sported a cute and playful look. Other than this She has also done a bridal photoshoot and steal the limelight through her mesmerizing looks.

Alizeh grabs the eighth position in most search personalities of google in 2019. She came into the limelight because of her beauty and fantastic acting skills at a very young age. She is currently the most demanded actress of the Showbiz, whom people love to see on screen.