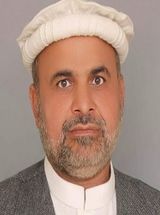 Alhaj Shah Jee Gul Afridi is a Pakistani politician.He was elected as a member of the National Assembly of Pakistan (MNA) from June 2013. In the next elections, he decided to contest in the elections of 2008.He was remarkably able to win by beating his Pakistan People’s Party rival and thus became a member of National assembly.

In the next elections, in 2013, it came as no surprise when he was given the ticket to contest in the election. His supporters weren’t disappointed this time around either as he was able to defeat his rival this time around too and secured his place in the National assembly.[3] ECP