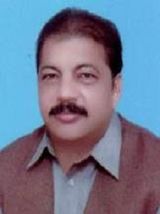 
Abdul Qadeer Alvi is a Pakistani Politician who is serving as a member of the Provincial Assembly while being attached to the Pakistan Muslim League N for a long time. He has previously served as a Chairman of the Gojra Town Committee. This article contains all the information about him including Abdul Qadeer Alvi Biography. Abdul Qadeer who hails from Gojra is a Pakistani Politician and a member of Pakistan Muslim League N for a long time. He is working as a member of the Provincial Assembly after winning the General Elections 2018. He has served as Chairman Town Committee of Gojra in the past. Before serving as a Politician he was a businessman by profession.

He was born on 14 February 1963 in Gojra, a tehsil in Toba Tek Singh. Currently, he still resides there with his family.

He holds the degree of Intermediate which he attained from his Tehsil, Gojra.