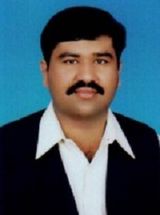 Aamir Iqbal Shah full name Muhammad Aamir Iqbal Shah is a Pakistani politician.He is belonging to Pakistan Muslim League (PMLn) member.He has been a Member of the Provincial Assembly of the Punjab,from May 2013. Mr Muhammad Aamir Iqbal Shah son of Mr Muhammad Iqbal Shah was born on 15 Nov 1978 at Lodhran; and graduated in 1997 from Bahauddin Zakariya University, Multan. An agriculturist, who served as Member, Provincial Assembly of the Punjab during 2002-07 and functioned as Parliamentary Secretary for Labour & Human Resources. He has been elected as Member Punjab Assembly for the second time in general elections 2013. He has visited Saudi Arabia and Dubai. His father Muhammad Iqbal Shah, served as Tehsil-Nazim, during 2005-09.[1]  Biography

Muhammad Aamir Iqbal Shah is an academically qualified person, he holds a degree of (BA) Bachelor of Arts. His father name is Muhammad Iqbal Shah is a well-respected personality in his town. He was born in Lodhran on 15th November 1978 where he lived most of his life. He is living a happy married life with his family. He has raised three obedient children. He has also held previous official positions also; he had been a member of Provincial Assembly of Pakistan from the year 2002-2007.He is always available to the public.

Muhammad Aamir Iqbal Shah is a well-known politician belonging to constituency PP-207 (Lodhran-I). His current official position is that of a Member of Mines and Minerals. He is affiliated with mainstream, right-wing political party of Pakistan PML(n), led by former Prime Minister and businessman turned politician Muhammad Nawaz Sharif. He is a very devoted and hardworking politician who is sincere in his work. He holds the interest of his constituency above his personal interests.[2] Political Career

PML-(N) Lodhran president Tahir Amir Ghauri has opposed the party choice and said the party had become hostage to electable at the cost of loyal workers.While the PML-(N) was busy selecting the candidate, the Tareen family, which has been contesting its 3rd time election in the constituency, is working tirelessly to clinch the poll.Local journalist Mirza Rajab Baig says that  the family has become the most powerful political group of the area because of the constant presence of Jahangir Tareen and his son in the constituency and their public welfare projects.[3] Opposed By