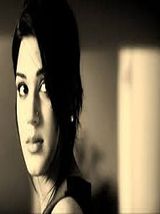 Zainab Ahmad is a stunning Pakistani actress and a writer who started her career from a theater, and today she is one of the favorite actresses of the Drama industry. Though she hasn’t worked on many projects, a few characters that she portrayed in different serials increased her popularity. This article has all the information about Zainab, including Zainab Ahmad Biography and Zainab Ahmad Dramas. Zainab Ahmed, also called Zaini Ahmad, is another Pakistani television actress and model. It’s been a while when she joined the showbiz industry yet got acclaim in a brief time frame with her ideal acting expertise. Having no artistic background led her various difficulties, yet with her hard work and passion, she faced all the hardships. From appearing in supporting roles, she is now seen as the main lead. She is known for her character in drama serial ‘Maa Sadqai.’

She was born on 14th June 1981 in Karachi. Currently, she is living in the same city.

She holds the degree of Graduation that Zainab obtained from the University of Karachi.