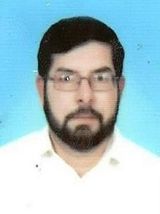 Ghazanfar Ali Khan hails from Rahim Yar Khan is a Pakistani Politician who is currently serving as a member of the Provincial Assembly after winning the Pakistan General Elections while being associated with the Pakistan Peoples Party for a long time. He has functioned as Chairman, Union Council Jhake Gulab Shah and Nazim, Union Council, Dashti in the past.

He was born on 27th October 1967 in Liaquat Pur, Rahim Yar Khan where he grew up. Currently, he still resides there from where he also contests elections.

He holds the degree of Bachelor in Business Administration which he attained from the University of East, Hyderabad.

He belongs to a Political family background where his father Sardar Zafar Ali Khan has served as a member of the Provincial Assembly in the past. He is married and is blessed with 4 children.

He ran for the seat of the Provincial Assembly in the 2008 Pakistan General Election from the PP-285 (Rahimyar Khan-I) while being associated with Pakistan Peoples Party and gave defeat to his opponent. After serving as MPA for straight five years he faced defeat in the 2013 Pakistan General Elections. In 2018 he is again elected as a member of the Provincial Assembly from the Constituency PP-255 (Rahim Yar Khan-I). He worked as a Nazim, Union Council, Dashti for two terms during 2002-06 and 2006-08.