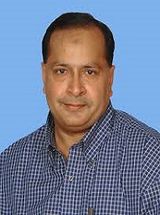 He was expelled from MQM-P as his party membership was cancelled over violation of ethics, a party spokesperson had said.MQM-P members were also barred from contacting Salman Mujahid after his expulsion from the party.The MNA had alleged he was being punished for raising his voice against the expulsion of another ex-party member, Irum Azeem Farooque.“They cannot expel me, the party isn’t the property of anyone and it belongs to every common man,” Salman Mujahid had said, while speaking on Geo News show Aaj Shahzeb Khanzada Kay Sath earlier.“No one got MQM in their father’s will,” he had claimed. “We accepted him Farooq Sattar as our leader even though he has no leadership qualities”.[1]  MQM Member

Farooq Sattar-led Muttahida Qaumi Movement (MQM-P) already marred with “internal strife” and dissensions faces another setback, as Pak Sarzameen Party (PSP) leader Syed Mustafa Kamal announced that former MQM-P lawmaker Salman Mujahid Baloch would be joining his party.Mujahid was expelled from the MQM-P in October for violating the party discipline after he divulged information on the party’s internal rifts, stating that there existed two separate groups within the MQM-P.Salman Mujahid Baloch had told a private news channel that Dr Sattar and Aamir Khan were heading their separate groups within the party.The Aamir Khan group consists of Faisal Sabzwari, Khwaja Izhar, and others; while Kamran Tessori, Kanwar Naveed Jameel, and Khwaja Sohail Mansoor were in Dr Sattar’s faction, he had said following his expulsion from the party.[2] Salman Mujahid To Join PSP

In a change of heart, MNA Salman Mujahid Baloch on 10 Feb 2018, once again joined the Muttahida Qaumi Movement-Pakistan (MQM-P), nearly two months after he joined the Pak Sarzameen Party (PSP), Dawn News reported.Baloch had joined PSP in December last year, about two months after being expelled from MQM-P over alleged violation of party discipline. He was the first MQM-P leader who had spilled the beans on the party’s internal rifts by confirming the existence of two groups within the party.

Baloch rejoined MQM-P after a meeting with party chief Dr Farooq Sattar on Saturday 10 Feb 2018, at a time when the party is experiencing a deadlock between the same two groups that Baloch had lifted the curtain on.

Talking to reporters, Baloch said it was impossible for him to stay put when MQM’s leadership was going through a difficult time. He claimed that a group of people was hatching a conspiracy against the party and urged party workers to “come forward to save the party” and invited them to reach PIB colony — a reference to Dr Sattar’s residence.
MQM Leaders
In October, some MQM leaders had told media that Baloch’s basic membership was revoked after private TV channels aired the recording of a phone call in which Baloch was heard threatening a local government official of dire consequences.[3] Rejoins MQM-P Member of National Assembly (MNA) and senior leader of MQM-P Salman Mujahid has been accused of raping a girl by a social activist Sarim Burney on Tuesday, 13th Feb 2018. Social activist Sarim Burney accused him of blackmailing the girl after rape. MNA Salman Mujahid refuted the allegations and called it a part of conspiracies plotted against him after joining forces with MQM-P chief Dr Farooq Sattar . Sarim Burney has appealed to the interior minister to take measures to protect women from such incidences. He said that the woman has lodged an application for First Information Report (FIR) against him on January 4 while he had filed for an FIR on December 16 over conspiracies being hatched agaist him. He also denied having called the alleged victim to the parliament lodges. He further claimed that he had given Rs 4 million to mother of the alleged victim for her medical treatment.  [4] Accused Salman  mujahid