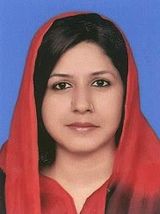 Sabeen Gull Khan is a Pakistani Politician who is serving as a member of the Provincial Assembly while being attached to the Pakistan Tehreek e Insaf since 2013. She is an Ex-President woman in the Multan district. This article contains a blend of information about her including Sabeen Gul Khan Biography. Sabeen Gul hails from Multan is a Pakistani Politician who is currently functioning as a member of the Provincial Assembly after winning the Pakistan General Elections while being attached to Pakistan Tehreek e Insaf. She is one of the dedicated workers of PTI who are working hard to achieve the vision of Naya Pakistan. She has previously served as a Multan Women Wing President. She is married and is blessed with 4 Children.