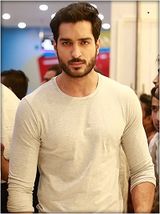 
Omer Shahzad is a Pakistani Model and an actor who is in the industry since 2011 and is winning the hearts of millions of people. He is soon expected to start his music career which he was always fond of. This article contains all the information about Omer Shahzad biography, Omer Shahzad age, and Omer Shahzad dramas. Omer is the new talk of the town these days, though he began his career a long way back in showbiz but these days he is becoming more and more prominent after his phenomenal work in a blockbuster movie ‘Jawani Phir Nahi Ani 2’. He is one of those actors who has achieved success on his own without having any artistic background. After completing his MBA from Karachi he went on to make his bright future by becoming the part of the limelight. He is currently unmarried and fully devoted to his career.

He was born on 14th December 1987 in Karachi, Sindh and still resides there along with his family.

Omer started his showbiz career by working as a Model. In 2011 he was chosen out of many people in Auditions for Modelling for a Bridal Couture Week conducted by Vaneeza Ahmad. This is how his Modelling career started where he got to work with very well known designers including HSY, Deepak Parwani, Nomi Ansari and many others. He has walked on ramp several times for various designers and has also been seen on the cover page of magazines. He is still working as a Model where his work was recognized and appreciated by honoring him with the best Model nomination and Best Model award multiple times.