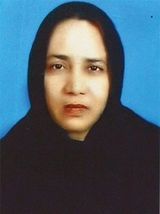 Nighat Mirza is a Pakistani politician who is appointed as a senator since 2015 as a member of Muttahida Qaumi Movement while her tenure will be till 2021. This article contains a blend of information about Nighat Mirza Biography and Nighat Mirza Career. Nighat is a well educated Pakistani politician and a member of Muthidda Quomi Movement since 2015. She stepped into politics after completing her education without having any political background. She belongs to a conservative background and also holds Islamic values.

She has an academic educational career who got her BA degree from the Government College Of Women in 1974 and later received her LLB degree from the Sindh Muslim Law College in 1976. After taking a gap of many years she again continued her studies by doing Masters in Islamic studies from the University of Karachi in 2006. In 2012 she completed her another degree of Masters in International Relations from University of Karachi.

She started her political career by contesting the Senate Elections of 2015 as a member of the Muttahida Qaumi Movement. Her tenure will end in March 2021. She is a part of a number of committees of Senate including Overseas Pakistanis and Human Resource Development, Communication and Government Assurances.

She has a strong religious belief which encouraged her to promote Islam among people for which she has started a sequence of communal educative books including ‘Hayat e Ahsan’, ‘Bismillah’, ‘Alif Laam Meem’, ‘Aulad Aur Hum’ and many others. All these books are comprising of Islamic values while the aim of writing these books are to promote the Islamic religion among people.